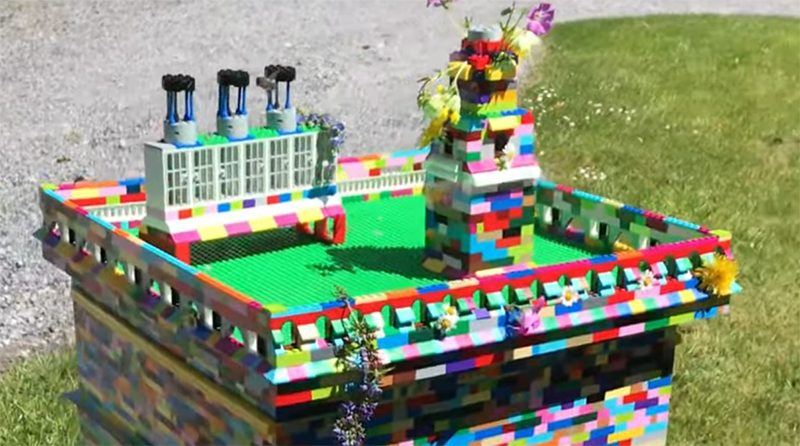 A beehive built from LEGO bricks has attracted attention from news outlets worldwide.

Ruairi O Leocháin of Athlone Wildlife Apiaries shared a video of his LEGO beehive online and it has been picked up by news outlets big and small proving a viral sensation.

A beehive which an Athlone schoolteacher and wildlife activist made out of lego has been creating a real buzz since video footage of it was shared online in recent days. The main structure is built from classic blocks, with three little entrances build with doors and windows. Fence elements are used to keep flowers on the sides.

“To be honest, I wasn’t expecting such a big reaction,” O Leocháin told Independent Westmeath. “”I have had people getting in touch with me from China, America, and elsewhere saying that they love the idea.

“I had the idea before Covid-19, so when that happened I thought I would order a load of lego and see what happens with it. I’ve been making it bit-by-bit over the last eight weeks or so.”

O Leocháin has set up a GoFundMe page to raise money for wildlife rescue and rehabilitation.