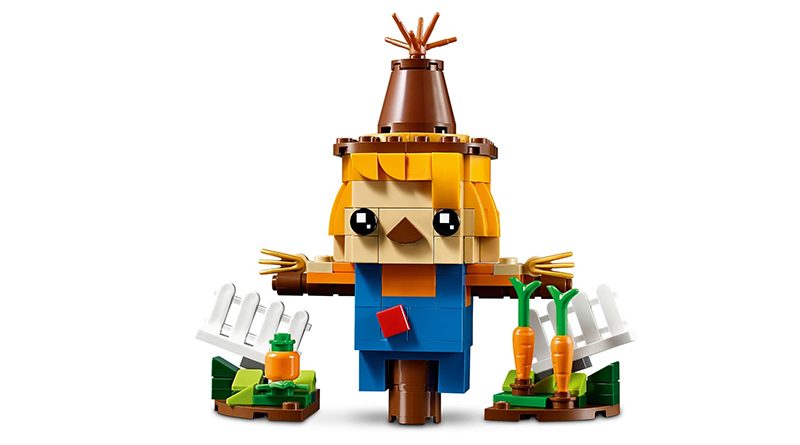 LEGO BrickHeadz 40352 Scarecrow is on the way and can be seen in official product images discovered by PromoBricks. Following the usual template for the seasonal blocky characters, the very square character stands on a black base surrounded by a contextual scenery.

Plenty of tiles and slopes are used to give the character a nice texture, with some interesting parts used such as Wolverine claws for straw hands. It seems likely that the set will be released for Thanksgiving, so will follow the Halloween release of 40351 Ghost.

An exception to this year’s seasonal focus was the Independence Day model, 40367 Lady Liberty. The iconic Statue of Liberty is captured in the cute and blocky BrickHeadz style, in pretty much a single colour to capture the icon in a recongisable way.

Next year the theme will be back in full force with licensed characters, which the LEGO Design Manager behind the theme confirmed during an interview.