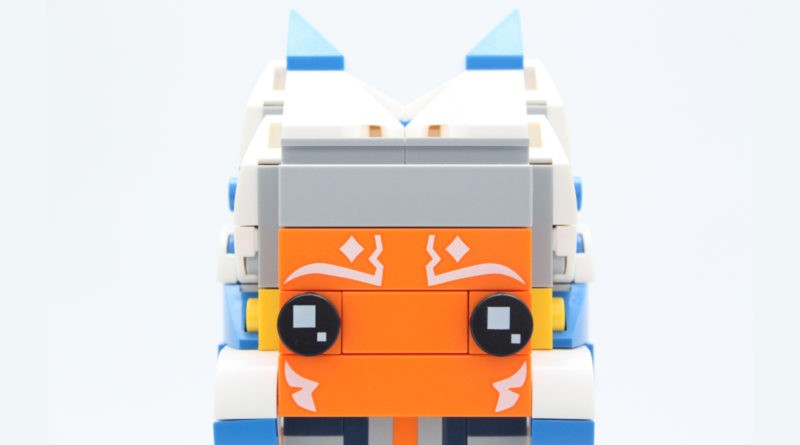 As the 150th LEGO BrickHeadz caricature, 40539 Ahsoka Tano is balancing thousands of fans’ expectations on her brick-built shoulders.

Ahsoka Tano has become a beloved character to those familiar with the wider Star Wars franchise, originally appearing in the animated series The Clone Wars, before slowly but surely making her way into live action in The Mandalorian and an upcoming Ahsoka streaming series.

With a legacy like that, it should come as no surprise that Ahsoka Tano was chosen for the 150th LEGO BrickHeadz, following a LEGO Ideas poll that saw Star Wars selected above Jaws, Minecraft and Lilo & Stitch. However, the set now has plenty of expectations to live up to – so can it deliver a model worthy of its significance?

After 150 LEGO BrickHeadz sets, the standard formula of models may be starting to become stale for those who collect the theme. Thankfully, Ahsoka Tano’s unique Togruta design helps to reinvent that formula with new techniques and a build that’s like nothing we’ve seen before.

Anyone who owns a LEGO BrickHeadz set will know of the pink brick that sits in the head of each model, and that remains in 40539 Ahsoka Tano. However, the rest of the upper build differs greatly thanks to the signature blue and white Togruta head tails belonging to the character.

Through the use of tiles of all shapes and sizes, the distinct curve of the tails is captured similar to how hair usually is in LEGO BrickHeadz, but with the addition of the ends stretching beneath the head and around Ahsoka’s shoulders accordingly. The use of bright white and blue, combined with the orange face with printed markings, adds a healthy dose of colour to the build. This is one BrickHeadz model that’s sure to stand out on your shelf.

Moving down to the body, the impressive construction doesn’t stop, with some sideways building able to capture the intricate design of her outfit as it appears in the seventh season of Star Wars: The Clone Wars. By only showing the sides of the used bricks, the finer details are recreated and continue down to the belt and legs, with even the kneepads featured.

LEGO BrickHeadz 40539 Ahsoka Tano is one of the most visually unique builds in the theme to date, with the alien appearance faithfully captured through the use of clever techniques. This is aided by the bright colours of the character, which will help it to stand out next to the other 149 similar models in the LEGO BrickHeadz range.

With Ahsoka Tano being such a beloved character in Star Wars – at least enough to be getting a dedicated series on Disney+ – the LEGO designers faced a difficult task in getting the look of the character just right in the fairly simplistic guidelines that the LEGO BrickHeadz have laid out over 150 builds.

Thanks in no small part to Ahsoka’s distinct look, 40539 Ahsoka Tano is a faithful recreation of the Togruta warrior, with exclusive prints for her face included as well as her attitude and personality being showcased in how the caricature holds her two lightsabers, reflecting her chosen form of combat.

However, while Ahsoka does wield a duo of lightsabers in Star Wars: The Clone Wars, one is shorter than the other and it would have been great to see this in the set, considering such a piece is available. That said, it would likely have little effect on the overall impression, considering the strange proportions that already exist in LEGO BrickHeadz.

Like the majority of LEGO BrickHeadz sets, 40539 Ahsoka Tano is priced on the cheaper end of currently-available models at just £9.99 / $9.99 / €9.99 for 164 pieces. It continues the trend of LEGO BrickHeadz being an affordable and fun part of the LEGO Group’s catalogue, with those who are new to the hobby able to get a figure of their favourite Star Wars character without breaking the bank.

40539 Ahsoka Tano is undoubtedly worth the minimal price and will sit well alongside any other LEGO BrickHeadz you might have, thanks to the same base that has featured throughout the theme. From the tips of the head tails to the legs, every inch of the LEGO Star Wars caricature is impressive and faithful to Ahsoka Tano.

LEGO Ideas users have chosen well when it comes to the 150th BrickHeadz fan vote as 40539 Ahsoka Tano is a colourful, creative and faithful interpretation of the character that anyone familiar with Star Wars: The Clone Wars will want to add to their collection when it launches on January 1, 2022.

Ahsoka Tano hasn’t changed all that much between her different designs from The Clone Wars to The Mandalorian, with the same snippy attitude and iconic look – which means 40539 Ahsoka Tano is perfect for representing whichever version of the character you prefer most, with only minimal alterations required for her appearance post-Return of the Jedi.

With an impressive build, exclusive printed parts and a model not exactly like any other BrickHeadz before it, 40539 Ahsoka Tano deserves a spot in your basket come January 2022 – especially for those who love the character.

How long does it take to build LEGO BrickHeadz Star Wars 40539 Ahsoka Tano?

LEGO BrickHeadz Star Wars 40539 Ahsoka Tano should only take you around 18 minutes to build, making it the perfect bite-sized experience for when you don’t have too long to spare.

How many pieces are in LEGO BrickHeadz Star Wars 40539 Ahsoka Tano?

How much does LEGO BrickHeadz Star Wars 40539 Ahsoka Tano cost? 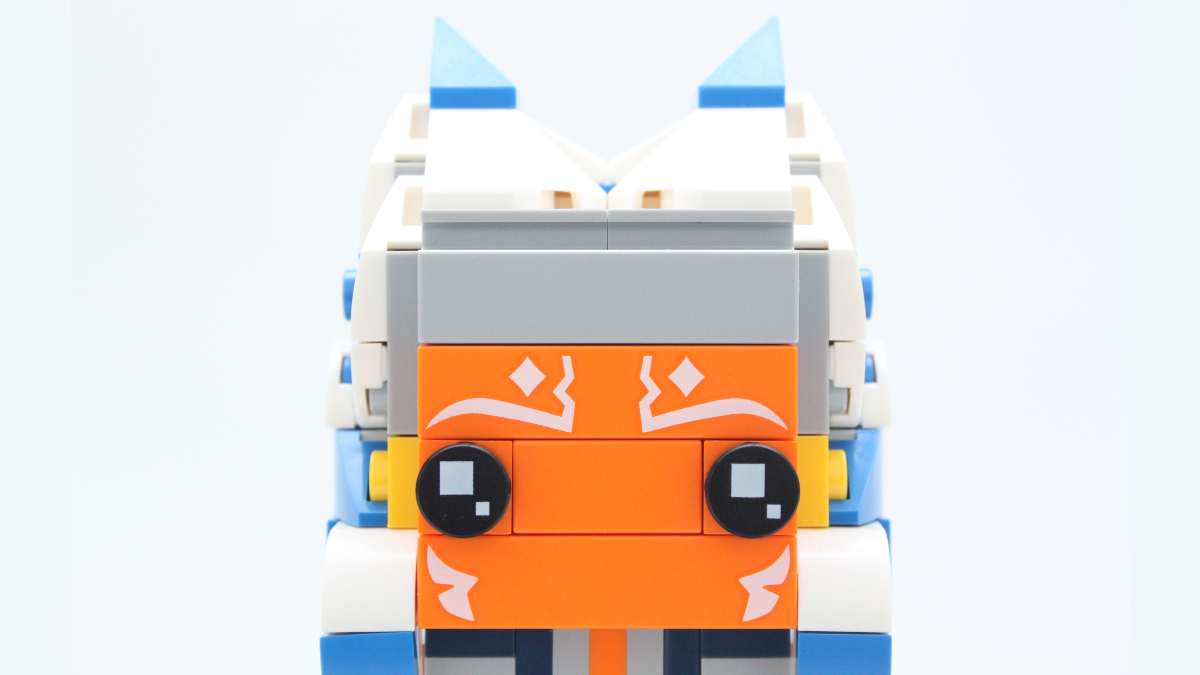