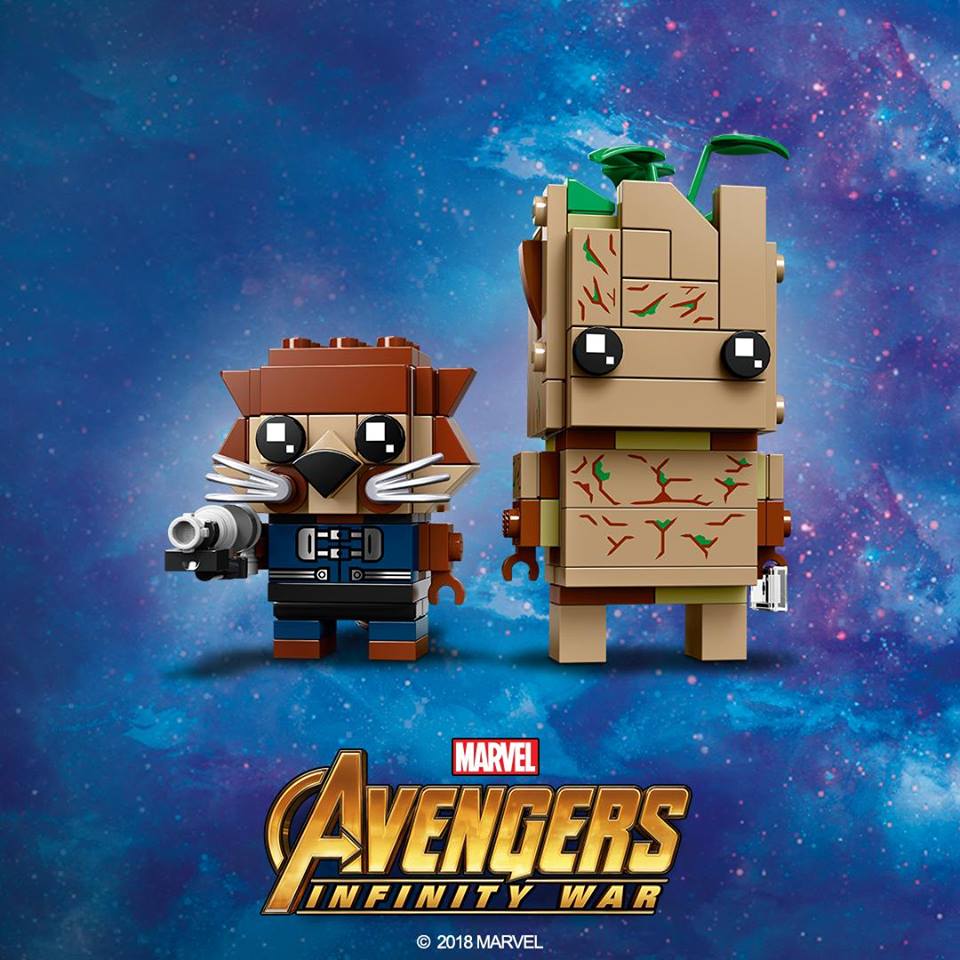 A new LEGO BrickHeadz twin pack has been announced – 41626 Groot and Rocket Raccoon is based on the appearance of the characters in Marvel’s Avengers: Infinity War.

The stream of LEGO BrickHeadz sets keeps on flowing, with the previously rumoured 41626 Groot and Rocket Raccoon now officially announced. This new Marvel themed set is tied to the smash hit movie Avengers: Infinity War, that has stormed the box office over the past few months.

41606 Star-Lord and 41607 Gamora are also available in the theme, leaving Drax and Mantis as the two members of the Guardians of the Galaxy crew without BrickHeadz models.