Two new LEGO BrickHeadz sets have been rumoured to be coming in 2019.

According to the Brick Fan, another Wizarding World LEGO BrickHeadz two pack is on the way. 41631 Newt Scamander and Gellert Grindelwald will be based on the new movie, Fantastic Beasts: The Crimes of Grindelwald. The two characters will face one another in dramatic fashion, as Grindelwald escapes custody and Scamander is recruited to help stop him from completing his nefarious scheme.

In addition to the Fantastic Beasts set, the website also reports that The Simpsons will be getting a set, with 41632 Homer Simpson and Krusty the Clown on the way. The long-running animated series has form with the LEGO Group, having had two exclusive sets, a Dimensions pack and an animated special already. 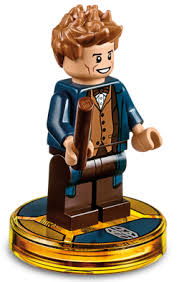 It seems that the onslaught of LEGO BrickHeadz shows no sign of letting up if these rumours turn out to be accurate. This information should be treated with as speculation until the LEGO Group officially announce the products, or as is more likely, they turn up on store shelves.