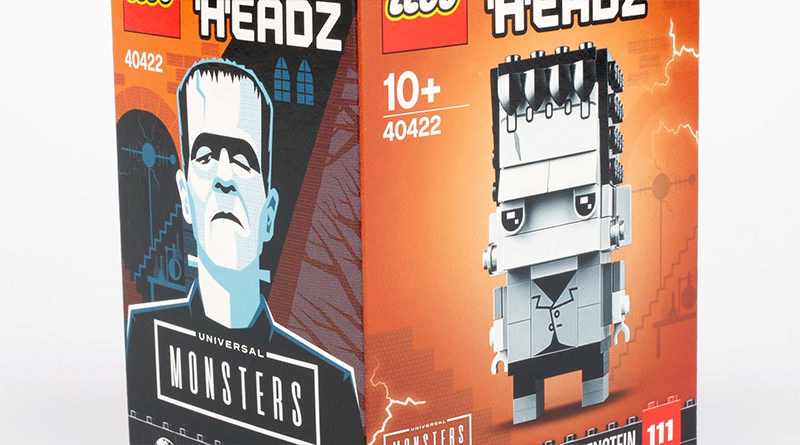 LEGO BrickHeadz has been back this year, albeit with sporadic and random releases. Today saw the arrival of Harry Potter 40412 Hagrid & Buckbeak at LEGO.com, and now Brickset has revealed 40422 Frankenstein. The classic monster is part of a new licence for the series – Universal Monsters.

The set seems to be inspired by Frankenstein’s Monster’s appearance on the 1931 film, with the grey colour scheme presumably a nod to the black and white films of the era.

There’s a full review of the set at Brickset, highlighting points of interest and assessing the model’s quality.

Special eye pieces are included with this set, as well as the printed head and jacket tiles.

The latest LEGO BrickHeadz Harry Potter set, 40412 Hagrid & Buckbeak, is a LEGO.com freebie, added to the basket automatically when fans order £100 / $100 worth of Wizarding World sets. That means anyone buying the new 75978 Diagon Alley set will get the two-pack for free.