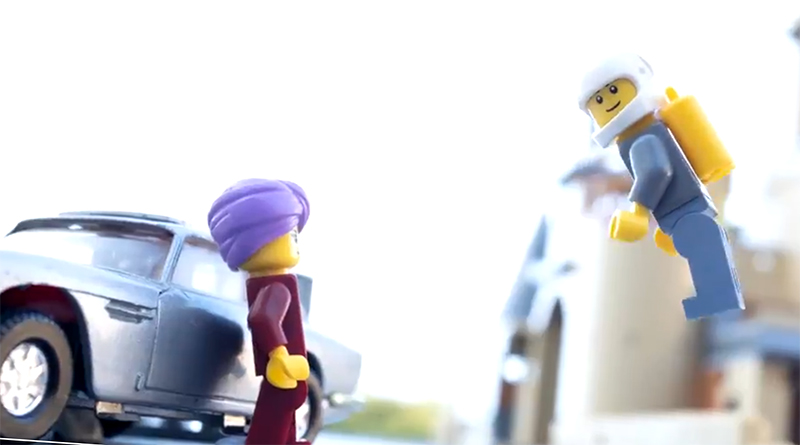 With lockdown giving people across the UK more time at home, the BBC has spotlighted some of the creations that have been taking the online world by storm.

Although it is always cropping up for LEGO fans and readers of websites such as Brick Fanatics, the LEGO world has been ubiquitous during lockdown. In a feature on the BBC website, it is noted that there have been more LEGO searches in March than in previous years, with the term ‘LEGO challenge’ reaching a record high number of searches.

In the feature, the BBC speaks to a number of people about their lockdown LEGO projects, including composer Jon Opstad, who recreated a James Bond scene on stop motion. “I never expected it to get this much exposure – I’ve had more credit for this than for my actual work,” he said.

Elise Parkes was asked to create a local building for school, and with the help of her father, built King’s Mill Hospital in Sutton-in-Ashfield, Nottinghamshire, from LEGO bricks. “It’s an iconic local building and, given the current situation, the NHS was at the forefront of my mind,” said her father, Ricky Parkes.

Housemates Jonathan Oakes and Adam Hardman built Glastonbury’s Pyramid Stage, Creamfields and the 1985 Live Aid event. “When people who were missing not being able to go to festivals this year saw it, it just blew up,” said Oakes.

To hear more from these lockdown LEGO creatives, and others who have been embracing the brick, check out the full feature.