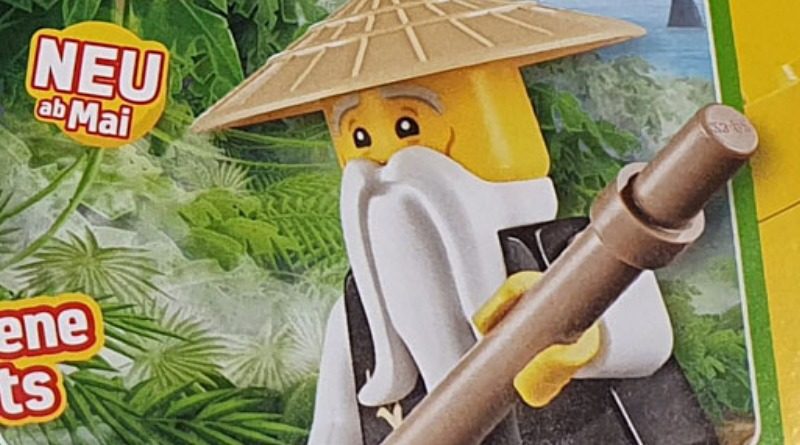 A new LEGO catalogue has teased what may be the rumoured 2021 NINJAGO set 71741 The Gardens of NINJAGO City.

The LEGO NINJAGO Movie didn’t break any box office records, but it did bring us some absolutely brilliant LEGO sets. The best of the range was undoubtedly 70620 NINJAGO City, a towering modular building-style model. It received just one follow-up in 70657 NINJAGO City Docks – but that may all be about to change.

Brick Fanatics first reported word of the rumoured addition to the NINJAGO modular series all the way back in August. It’s been all quiet on the eastern front in the months since, but it looks like the LEGO Group is finally gearing up for the imminent launch of 71741 The Gardens of NINJAGO City.

Promobricks reports that the German LEGO catalogue for the first half of 2021 includes an insert that highlights noteworthy releases between now and May. And among the NINJAGO pages is a teaser image of Master Wu, accompanied by the words: “Lass dich überraschen!”

If your German isn’t up to scratch, allow us (or Google) to translate: “Let yourself be surprised!” Promobricks reckons this is a reference to the massive new set, which will reportedly contain roughly 3,500 pieces and 20 minifigures.

While the catalogue says the new set will arrive in May, rumours suggest it may actually be arriving in February. Of course, until the LEGO Group provides official confirmation, you should take both the potential release date and the set’s very existence with a pinch of salt.