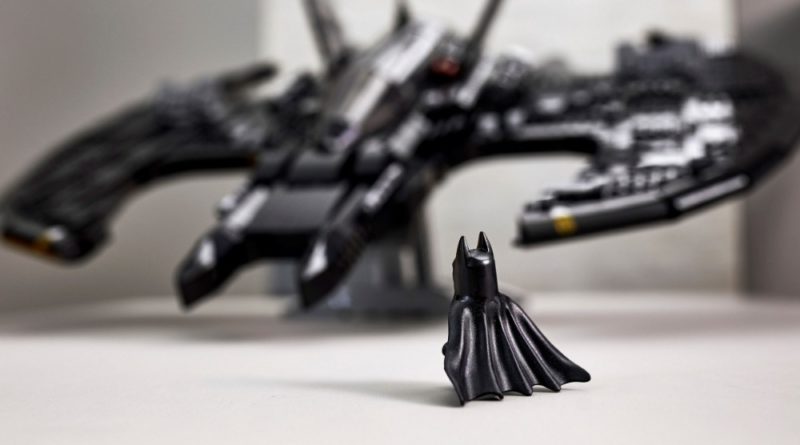 Brick Fanatics brings you the definitive guide to this year’s Christmas shopping with our LEGO gift list for Batman fans.

Are you devoted to the Dark Knight, or is someone in your life crazy about the Caped Crusader? Maybe you’ve just noticed one of your pals has suddenly become a lot more dark and brooding. Well, unless they’re a billionaire who disappears at night to fight crime, chances are they just really like Batman. Fortunately, so do we – and so does the LEGO Group.

That makes Christmas shopping a lot easier, because there’s basically a LEGO Batman product out there for everyone. Whether you want ideas for yourself, you’re buying for a loved one who loves LEGO, or you just want to give LEGO a first try, we’ve got you covered – no matter your budget or tastes.

Dive in below, and don’t forget to check out the rest of our Christmas 2020 gift lists.

76119 Batmobile: Pursuit of the Joker

If you’re just dipping your toes into LEGO Batman for the first time, where better to start than with 76119 Batmobile: Pursuit of the Joker? This quintessential rendition of the Dark Knight’s wheels is modelled on probably the most famous Batmobile ever to grace the silver screen, from Tim Burton’s 1989 movie Batman.

It’s also very wallet-friendly at just £24.99 / $29.99, and comes with both Batman and his most iconic adversary, Joker. There’s really no better entry point to LEGO Batman, but it’s rumoured to retire soon, so don’t hang about.

Just how much fun you get out of 76160 Mobile Bat Base will depend heavily on how many LEGO mobile bases you’ve built before. Given our damning review of the set, we can’t in good faith recommend it for the model, which is unfortunately a hackneyed version of the many that have come before it, whether in CITY, Agents, NINJAGO or Alien Conquest.

But we can recommend it for the minifigures, which feels like half the point to Super Heroes LEGO sets these days. 76160 Mobile Bat Base will bag you three members of the Bat-family and three villains for them to go toe-to-toe with, including some deep cuts from the Rogues Gallery in Man-Bat and Bronze Tiger. If you’re looking to expand your roster of DC characters, this is a great place to start.

Do you know someone who loves Batman, but doesn’t love their lack of space to show off their fandom? No worries: just grab them Chris McVeigh’s brilliant Brick Sketches. 40386 Batman and 40428 The Joker are both perfectly pitched for sitting on your desk – or hanging on your wall – without hogging your space.

They won’t break the bank, either, as these mini works of art are just £14.99 / $16.99 apiece. What’s more, their compact but stylish format also makes them ideal for the LEGO fan who’s perhaps a little shy about showing off their love of the brick.

For the unlimited budget:

What do you get the LEGO Batman fan who has everything? An enormous, nostalgia-fuelled Bat-vehicle, of course. Both of these adult-focused Bat-sets are a serious investment, but in return you’ll get an absolutely unparalleled building experience. And whether you choose 76139 1989 Batmobile or 76161 1989 Batwing, you’ll end up with a model that dominates your Bat-display in all the right ways, and a trio of exquisite minifigures to boot.

If you can afford it, we recommend buying both – they sit very nicely together, just as they probably did in the actual Batcave. Any fans who grew up with Tim Burton’s movies will find a lot to love here, and buying them either 76139 1989 Batmobile or 76161 1989 Batwing will put you in their good books for life. After all, there’s a reason both sets feature on the Brick Fanatics Top 20 LEGO Sets List.

For kids with enough bricks:

Okay, we admit it, there’s no such thing as enough bricks. But don’t underestimate how much kids love running around in costume. Especially when that costume lets them be LEGO Batman. There’s an important distinction there, because while regular Batman costumes are probably ten a penny, this is a LEGO Batman Deluxe Costume.

That means kids can imbue everything that made Will Arnett’s interpretation of the character so great, from his love of heavy metal to his incessant brooding. You know, all the things you really wish your own kid was into. Plus, it’s on sale for just £27.99 right now, and retiring soon (sorry, US fans – it’s already gone), so grab it while you can. What else are your kids going to do during lockdown?

If budget is truly no issue, why not check out Brick Fanatics’ Top 20 LEGO Sets List, which ranks the best 20 LEGO sets currently available at LEGO.com? If the set you’re looking for is out of stock, sign up to Brick Fanatics’ Stock Alerts to be notified as soon as it’s available again.

For the full range of LEGO Batman products, head over to LEGO.com. If this list has helped you at all, you can thank us by purchasing through our affiliate links. We’ll get a small commission, which will allow us to keep bringing you brilliant gift ideas for Christmas 2020 and beyond.