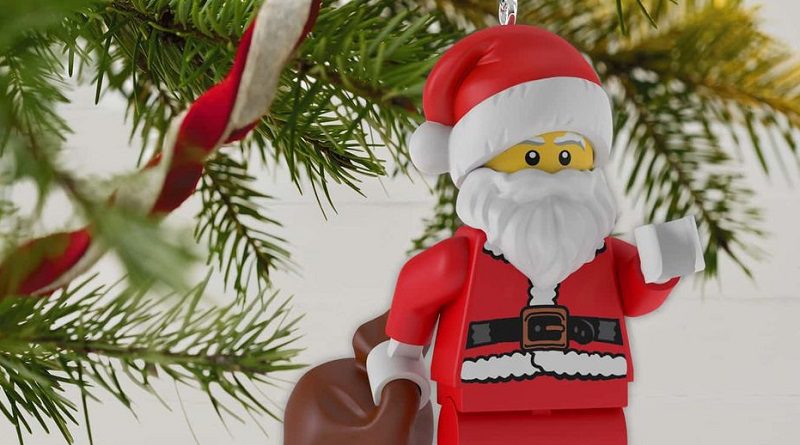 New LEGO Christmas tree decorations this year will include Santa Claus, Unikitty from The LEGO Movie and Robin from The LEGO Batman Movie.

Hallmark, the official manufacturer of LEGO Christmas tree ornaments, has five new decorations coming this year. As well as LEGO Star Wars C-3PO and R2-D2, the company will release a seasonally appropriate Santa Claus, Unikitty – based on her appearance in The LEGO Movie and Robin – based on his appearance in The LEGO Batman Movie. Robin complements last year’s Joker release.

Build on the anticipation of Kris Kringle’s arrival with this Santa Claus Christmas tree ornament based on the LEGO Minifigure. With his decal-styled Santa suit and signature LEGO style hands gripping a toy sack, this jolly little guy will delight the young creator or master builder in your life.

Snap into action and team up for holiday adventure with LEGO Robin. This Christmas tree ornament features Dick Grayson’s enthusiastic Super Hero alter-ego (and Batman’s sidekick) in a fun pose from “The LEGO Batman Movie.”

Build on the fun of “The LEGO Movie 2” with this Christmas tree ornament of Unikitty. With her big, bright eyes and bubbly personality, this (almost) eternally optimistic unicorn-cat mash-up is sure to spread smiles this holiday season.

Santa Claus will be released on July 13, with Unikitty and Robin available from October 5.