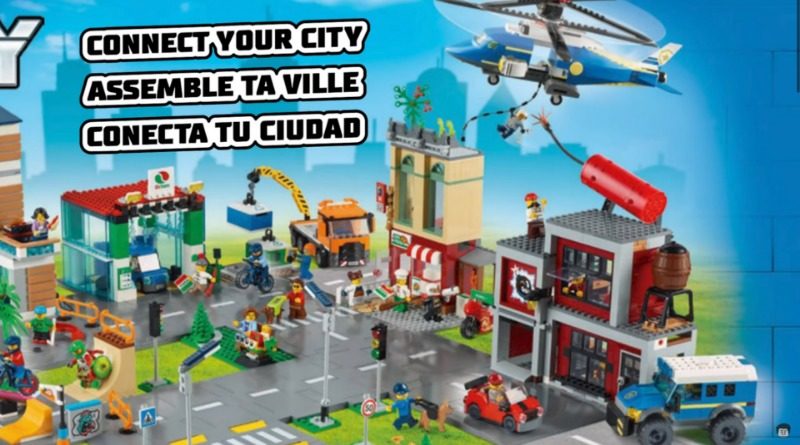 The LEGO Group has revealed another new LEGO CITY set, 60278 Crooks’ Hideout, in the back of a Friends instruction manual.

YouTuber Ashnflash has published the first images of the model, which has all the subtlety of a brick-built bull raging through a LEGO china shop. Nothing says ‘this definitely isn’t a place where bad guys camp out’ like a massive stick of dynamite on your roof.

It’s hard to fault 60278 Crooks’ Hideout (which may not be its final name) for leaning into that comic villainy, though: it’s par for the course for the LEGO CITY theme, and also just really funny. This is a toy, so there’s no reason it should take itself too seriously. The price, on the other hand, is definitely serious business. According to Ashnflash, you’ll have to fork over $99.99 for what doesn’t look like a particularly substantial set.

The blurry box image – which you can see in the video above – gives us an idea of what exactly is included in the set, and while there are three vehicles and the new road plates to accompany the building, we’re not sure it’s going to compare fairly to the equally-priced 60292 Town Center.

We won’t know for certain until the LEGO Group officially unveils the set (rather than accidentally leaking it in an instruction manual), and given there’s no release date at the mo, we also don’t know when that will be. But we can make an educated guess: based on other themes including Star Wars and NINJAGO, it looks like the LEGO Group is gearing up for another wide launch in March, so 60278 Crooks’ Hideout could land at the same time.