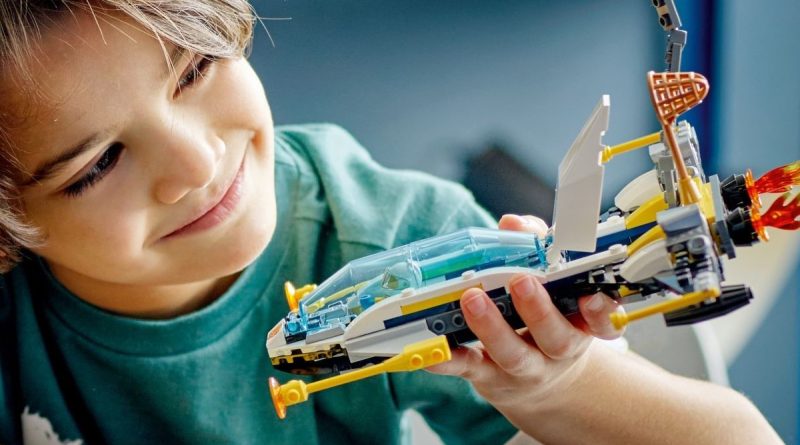 Young LEGO fans in the London area can check out a new, free event that spotlights LEGO CITY products.

Hot on the heels of its LEGO store revamp in Leicester Square, the LEGO Group is running a new, interactive event later this month. It tasks children with visiting a mysterious comic book shop before being sent on an adventure into outer space. There, they’ll become the first child on Mars – and maybe play with some LEGO in the process.

The event seems to be a showcase for the LEGO CITY Missions product collection, which popped up earlier this year. These sets offer a more freeform approach to LEGO play, having you build a base model that you can then freely modify. Your builds work in conjunction with an app, which has you embark on various ‘missions’ with the aid of animated videos.

While three of these sets have appeared so far, it seems likely that 60354 Mars Spacecraft Exploration Missions will be the focus here. Presumably, attending the event will inspire you to make a purchase of the set in question.

The event also appears to reflect a desire for more hands-on experiences amongst LEGO fans. That’s something that Natali Stojovic – Senior Vice President for LEGO Retail – said while speaking to Toy World Magazine at the re-opening of the Leicester Square LEGO store.

“We carried out research before designing the concept and consumers – both kids and adults – have given us a clear signal that they want hands on play. They want immersive experiences and they want something they will remember,” Stojovic explained.

As such, it seems possible we’ll see more hands-on LEGO experiences in the future. If you’re interested in attending this event, you can visit the official Eventbrite page to book a place. It’s free to attend and suitable for kids ages 4–12, although they must be accompanied by an adult.

If you’d just prefer to look at the sets that inspired the event, all three of them – 60353 Wild Animal Rescue Missions, 60354 Mars Spacecraft Exploration Missions and 60335 Water Police Detective Missions – can be purchased now at LEGO.com.