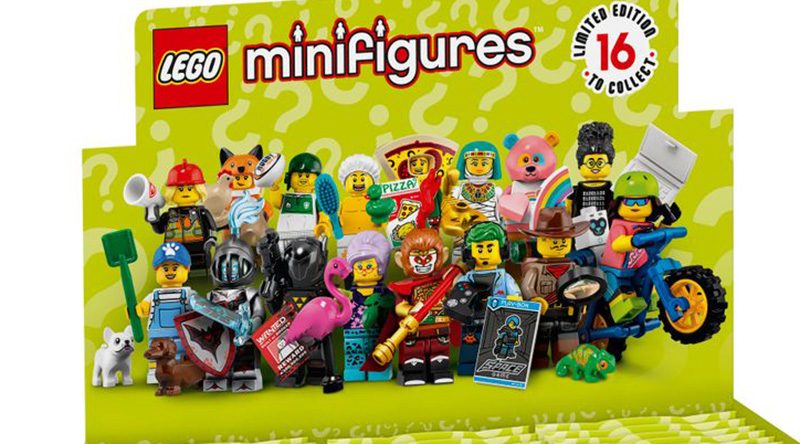 The recently announced LEGO Collectible Minifigures Series 19 may be the most eclectic fans have yet had, with some entries bordering on the bizarre. It also seems that the LEGO Group are including some characters with a strong sense of female empowerment such as the Coder Girl and Firefighter. With such variation there is something to appeal to every fan, and Brick Fanatics has the tough job of picking the best five from this outlandish wave. 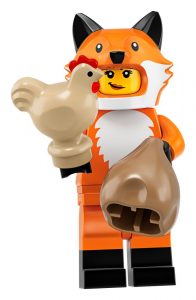 Foxes really split opinion – some think they’re pests while others love them, so including a minifigure dressed up as a fox is quite a bold choice. Fox Girl might take inspiration from Roald Dahl’s roguish Fantastic Mr. Fox, particularly with her cheeky grin, swag bag and a chicken. Her printing is simplistic but captures all of the fur pattern needed and using dual-moulded legs to imitate the black feet of a real fox is clever. The new fox mask mould is very cute, finished off perfectly with pricked, alert ears. 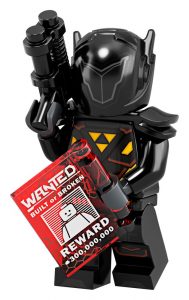 Step aside Boba Fett, because there is a new bounty hunter on the block. Clad in an all-black outfit with an impressive looking mask and rocking some shoulder-pads, the Intergalactic Bounty Hunter is probably the best minifigure from this series. The geometric yellow and orange accents on his torso almost glow like lava and add to the mysterious vibe of this figure. Best of all is his wanted poster with “built or broken” replacing “dead or alive” to fit within the LEGO universe. Fans will definitely want to find this figure just to see who is beneath that mask… 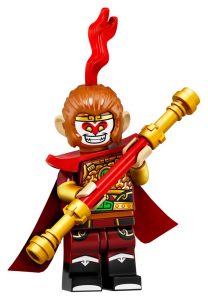 Possibly inspired by the 16th century Chinese fictional character of Su Wukong, the Monkey King adds both mythology and fun to Series 19. Practically every part of his minifigure is printed, from dual-moulded arms to suggest gauntlets to a patterned golden breastplate, and the staff uses lightsaber pieces to great effect. That sharp toothed smile combines mischievousness with creepiness in just the right amount, but the heart-shaped make-up adds to the clownishness. Who knows, maybe the fantastic new monkey head mould will influence some builders into creating custom Planet of the Apes minifigures. 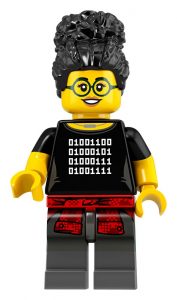 With the LEGO Group at the forefront of encouraging young girls to get into STEM projects, the Coder Girl minifigure is a wonderful mascot. That nerdy code t-shirt is awesome and if you either know binary code (or have Google to decode it), you will find it spells out “LEGO” which is a piece of pure printing genius. Another unusual bit of printing is the jacket around her waist which even manages to have a chequered pattern. Her expression is beautifully simplistic and the new messy bun hair-piece has plenty of moulded texture. 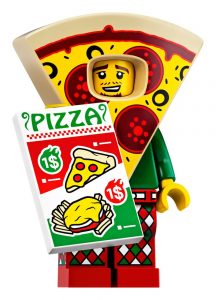 There is a very strong pizza vibe within the LEGO Group’s range this year as Friends 41379 Heartlake City Restaurant also features the popular fast-food. Pizza Guy borrows the wedge-piece introduced for Watermelon Dude from The LEGO Movie 2 Collectible Minifigures series, although re-printed with pepperoni slices. His rather awkward expression is highly amusing – it’s clear he’s not inhabiting his role with much enthusiasm. That newly printed menu sign will definitely find uses throughout LEGO City sets, although it’s a shame fans can’t grab a slice of pizza for only $1 in real life.

Even with two incredible licensed LEGO Collectible Minifigure Series already this year, Series 19 still manages to impress and surprise. There’s around a month to wait, so fans can figure out their excuses for spending so much time in the toy aisle to feel through these packets.