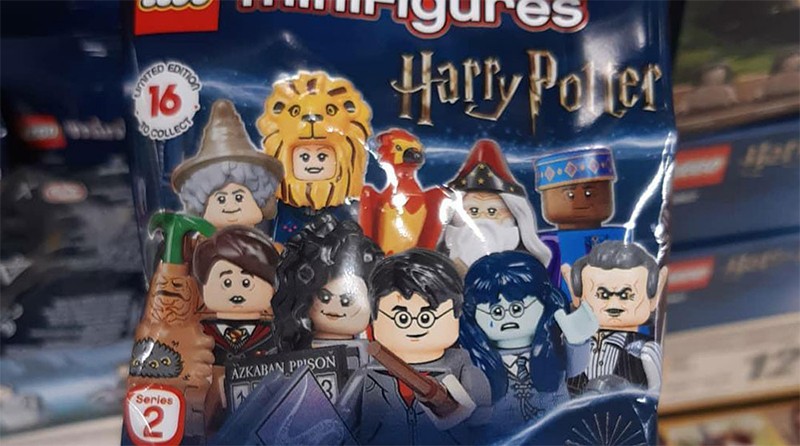 A US LEGO fan has found LEGO Collectible Minifigures 71028 Harry Potter Series 2 in a branch of Target.

Not due for a wide release until September 1, LEGO Collectible Minifigures 71028 Harry Potter Series 2 has already turned up in Romania and the Brick Fan reports that the blind bags have also turned up in the USA. The minifigures were found in a branch of Target priced at $4.99.

It’s another 16 characters for fans to collect, with unique variants including Harry Potter with Advanced Potion Making, Albus Dumbledore with Phoenix Fawkes, Hermione Granger with Butterbeer and Ron Weasley with Butterbeer.

Other minifigures for fans to track down in the series are Luna Lovegood with Gryffindor headdress, Griphook with the Sword of Gryffindor, Lily Potter with baby Harry, James Potter with portrait, Ginny Weasley with chocolate sundae, Fred Weasley with joke case, George Weasley with Marauder’s Map, Bellatrix Lestrange (Azkaban), Kingsley Shacklebolt, Moaning Myrtle with Tom Riddle’s diary, Professor Pomona Sprout with mandrake and Neville Longbottom with Monster Book of Monsters.

A list of LEGO Harry Potter sets retiring this year names the products that may have reached the end of their shelf life.