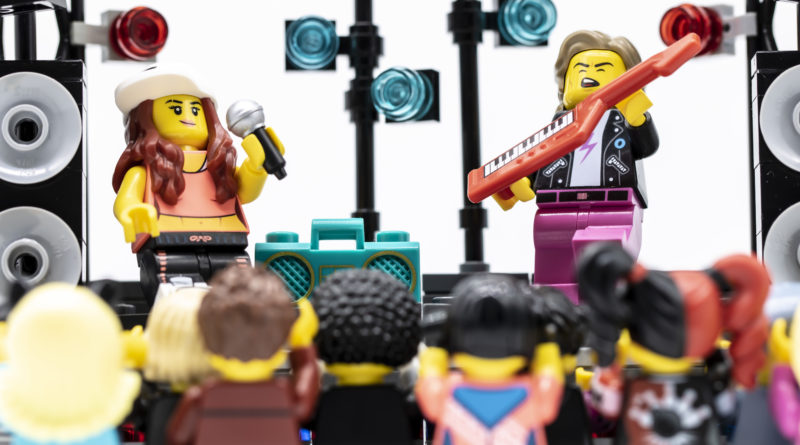 Brick Fanatics celebrates a decade of LEGO Collectible Minifigures with new vignettes for Series 20. The Breakdancer arrives on stage to join the 80s Musician

Alongside the 80s Musician minifigure I thought the Breakdancer would make an amazing lead singer to an awesome 80s tribute band. This vignette is enough to get the party started on its, own but combined with the guitarist’s vignetteit makes for one rocking concert.