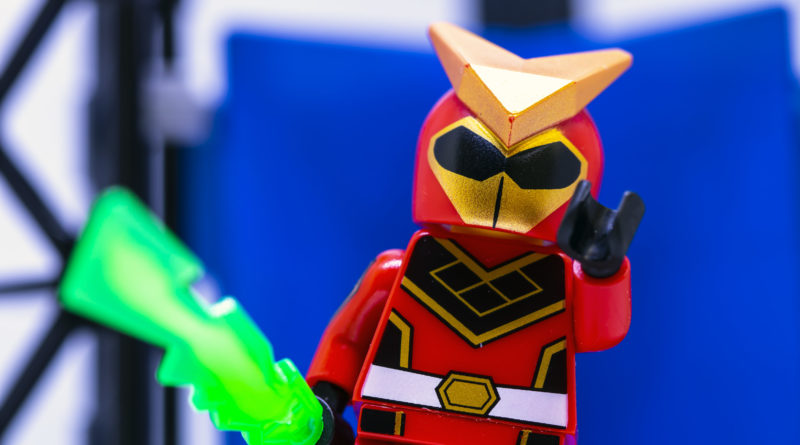 Brick Fanatics celebrates a decade of LEGO Collectible Minifigures with new vignettes for Series 20. Today we catch a glimpse of the Super Warrior filming his latest action blockbuster

I really struggled to come up with a vignette idea that worked for the Super Warrior. The first two ideas I tried to create, while decent ideas, just didn’t work within the constraints of an 8×8 vingette. I then turned to old Power Rangers TV shows for inspiration… not that this minifigure is in anyway based on them (cough).

Looking at the rather ropey special effects, I thought it might be fun to build a film studio and recreate a blue screen shoot for a movie featuring the Red Ranger. Of course blue screen studios would be much larger in real life, but I think I’ve still managed to capture the essence within this vingette.