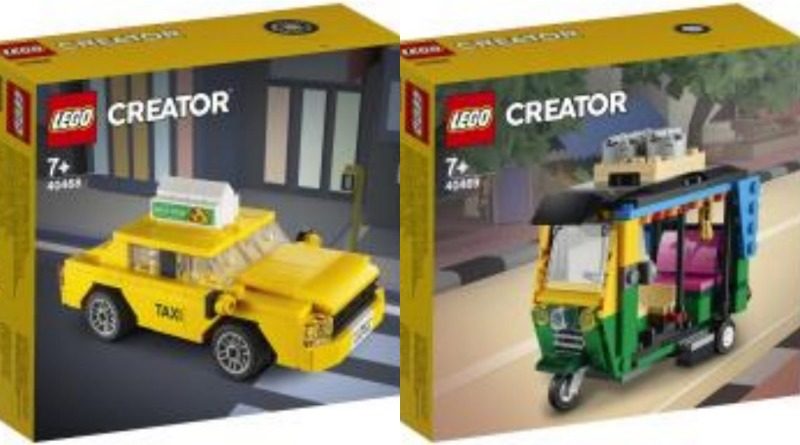 LEGO Creator is bringing two new forms of minifigure-scale transport to shelves in 2021, with a taxi and a tuk tuk revealed in new images.

Brickset has uncovered images of two new LEGO Creator sets launching in 2021. The tiny pictures give us a first glimpse at two new ways for minifigures to get around, whether they’re in LEGO New York or LEGO Asia.

That said, it’s not immediately clear from this blurry image of 40468 Yellow Taxi whether minifigures will actually fit inside. The six-studs-wide scale suggests they should be able to, but those 2×2 trans-clear slopes for the windscreen don’t appear to leave much internal room.

The colourful 40469 Tuk Tuk can definitely fit a few LEGO characters inside, though. In fact, there’s clearly space for at least one driver and passenger, if not more. But neither of these sets comes with any minifigures, so you’ll need to supply your own.