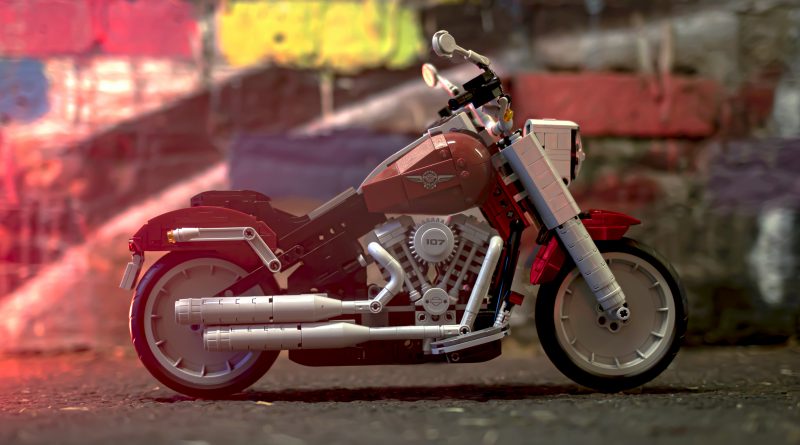 Made famous by its appearance in Terminator 2: Judgement Day, the Harley Davidson Fat Boy has been an American icon since it was first produced in 1990. Nicknamed ‘the Legend’, it is one of Harley’s most timeless, dependable and powerful motorcycles. LEGO Creator Expert 10269 Harley-Davidson Fat Boy contains over 1,000 pieces, including some specially made for this set, that fans can use to construct their own model based on this renowned motorcycle. 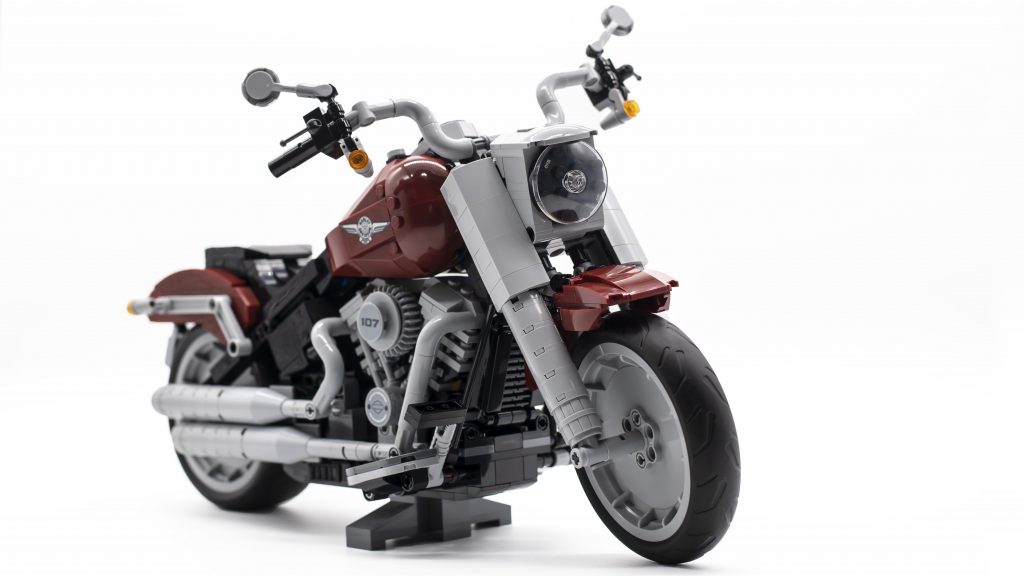 Every now and again a LEGO set comes along that offers instant excitement just by looking at the box. The stylish artwork shows the finished model beautifully lit against a fairly stark but totally appropriate background. The excitement of the build continues to grow when flicking through the manual. Fans are introduced to the world of Harley Davidson through a detailed and illustrated history of the iconic brand, alongside an interview with Mike Psiaki, the LEGO designer responsible for the set.

Upon opening the box, fans are greeted by the sight of four bags and two huge tyres, the widest ever made by LEGO. The Fat Boy’s iconic front and rear cast aluminium wheel rims have been recreated with an exclusive piece designed especially for this set. It’s clear right from that start, 10269 Harley Davison Fat Boy has had a lot of love and care poured into it.

Creator Expert sets always feel like the LEGO designers have been let off the leash and allowed to experiment with parts and techniques you would never normally see in more standard releases, and 10269 Harley-Davidson Fat Boy is no exception. A window frame used as part of the engine, light bluish grey barrels that form parts of the exhaust, using the exposed rear of 1×1 headlamp pieces to make connections and the clever way 1×2 and 1×3 jumpers are staggered throughout the build are just a few examples of the ingenuity this model is packed with. Not only does it make for a fantastic building experience, it also acts as great inspiration for any fans of creative building.

The build begins by assembling the chassis and the famous Milwaukee-Eight 107 engine, the  constructiom of which is both intricate and detailed. Inside the engine is a Technic gear system that operates two working pistons. These move up and down when the bike’s back wheel is turned. It is a great assembly but once the model is finished these are never seen, as the whole mechanism is covered. It is that level of attention to detail that sets Creator Expert models apart. The outside of the engine looks highly accurate to the real world Fat Boy thanks to the clever layering black and light bluish grey plates and surprisingly, although the engine appears symmetrical, there is very little, if any, repetition in its construction.

The rewarding and rich experience continues with the assembly of the huge rear wheel, using not one but two of the new wheel rim pieces. The assembly of which offers more of a process then just simply popping the tyre onto the rims, for a LEGO tyre this is actually pretty satisfying. Once on the frame it looks suitably big, bulky and mean – in a good way.

The body work assemblies use a really smart blend of Technic and System pieces, perfectly balancing a technical build with an incredibly enjoyable process. Creating shapes and angles which are then cleverly connected to the frame makes for a diverse and deep build that is complex enough to be rewarding without ever being too challenging or feeling like a chore.

The saddle and side panelling are both constructed using a variety of sloped, wedged and curved pieces and Technic axle pins are used to both add detail and help give the frame shape and stability. Once added to the frame the legendary Fat Boy really begins to take shape, which is an utter joy to behold. The use of the dark red, or ‘wicked red’ as it’s known to Harley Davidson fans, is a beautiful design choice adding a certain amount of class and style to the finished model. There are a few stickers, but also included are two 2×4 printed Harley Davidson tiles.

The two huge exhaust pipes on the right hand side get their shaping from the use of a light bluish grey engine on 2×2 plate, a light bluish grey barrel (an ingenious use of this piece) and Technic piping. They are easily the most accurate part of the entire model, they look incredible and once attached you can almost hear the mighty roar of the 1750cc engine.

Not everything about the set is great though, which is a shame to report as the build is so much fun. The front forks look a little on the bulky side – the solid light bluish grey colour makes them feel quite blocky and there isn’t as much of a gap between the front forks and the main chassis as there is on a real life Fat Boy – it does feel strange to say this as usually fans don’t want LEGO sets to be gappy, but in this instance it would have really helped.

This model would have felt much more special if the light bluish grey parts used for the metal elements of the engine and front forks were replaced with either chrome, metallic or flat silver. It would have added so much to the display appeal of the set and even if it meant a price increase, there are a lot of fans out there who would be happy paying that bit extra for something that felt premium.

LEGO Creator Expert 10269 Harley-Davidson Fat Boy is never going to match the top speed or horse power of the real life legendary Fat Boy, but it certainly has it where it counts. It is an utter pleasure from start to finish, even before getting it out of the box, and it looks absolutely wonderful on display. If those engine pieces were in chrome or metallic silver it would have have lifted this from being excellent to almost perfect. Niggles aside, LEGO and Harley Davidson fans will get immense enjoyment from the set. 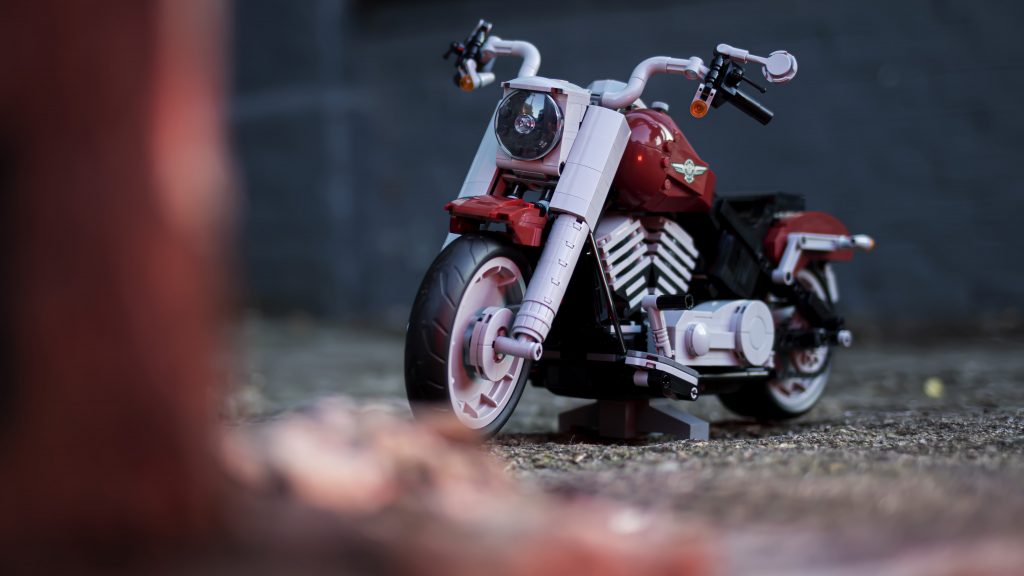