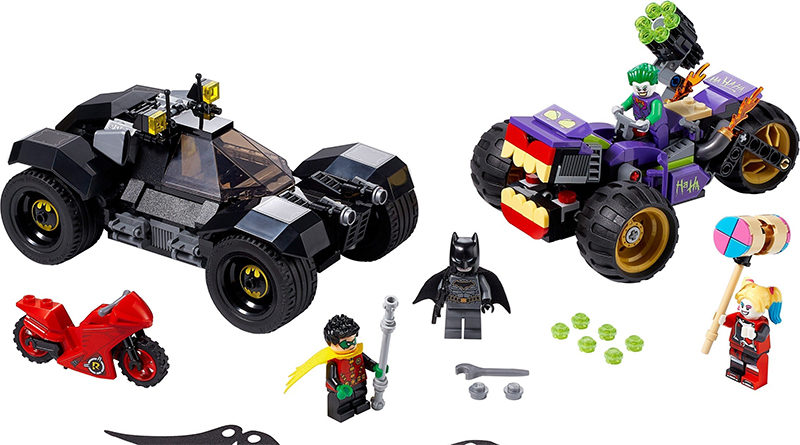 LEGO Batman is back today, with the character headlining four new DC sets – or three new sets, for those who would rather ignore the DUPLO one. It is the big day for summer releases for the LEGO Group and LEGO.com is now offering dozens of new releases.

Here are the new LEGO Batman sets and the relevant product descriptions:

Batman and The Penguin minifigures and 2 cool buildable boats put super-hero action and adventure right into kids’ hands. This LEGO 4+ set is a great way for preschoolers and youngsters to learn building skills. It’s easy to build, so even first-time builders can experience the joy of construction “by myself” – and a simple guide clearly explains the building process, giving kids the confidence to take on more challenging LEGO projects.

Put Batman action and adventure into the hands of young super heroes with THE JOKER’s monster 3-wheel trike toy, with its cool weapons and flames coming from the exhaust, and the ultra-cool Batmobile car. With Batman, Robin, THE JOKER and Harley Quinn minifigures,the pretend play starts right away. And with cool features, including the opening and closing mouth on the front of THE JOKER’s trike and the removable Batmobile engine that also turbocharges the trike, the imaginative play will never end.

The LEGO DC Mobile Bat Base (76160) incorporates 5 iconic vehicles, a bunch of awesome weapons and lots of cool gadgets. With 6 popular LEGO DC minifigures from the Batman movies, this set gives kids everything they need to explore an exciting world of Batman adventures!

Kids join Batman, Batgirl and Nightwing on the hunt for notorious Super-Villains Mr. Freeze, Man-Bat and Bronze Tiger™. The high-tech Mobile Bat Base is packed with exciting hidden features: Detach the Batjet from the trailer and unfold its wings; when it lands, drive the BatQuad out of the rear; unfasten the motorcycle from the back of the truck; release a water scooter from the front of the truck with the touch of a switch… there’s even an on-board jail for the bad guys and an explosion feature for when they escape.

When THE JOKER escapes from jail, your little super hero joins Batman and Robin as they try to capture him and put him back where he belongs. This means lots of fun-packed action, imaginative role play and a chance for toddlers to develop super-power skills!

LEGO DUPLO Batman Batcave (10919) features Batman, Robin and THE JOKER in a versatile playset designed to encourage creative play and stimulate developmental benefits. Infants build fine motor skills as they maneuver the Batmobile toy through the gate and open and close the jail door. Role-playing the interaction between the 3 characters encourages social and emotional development. 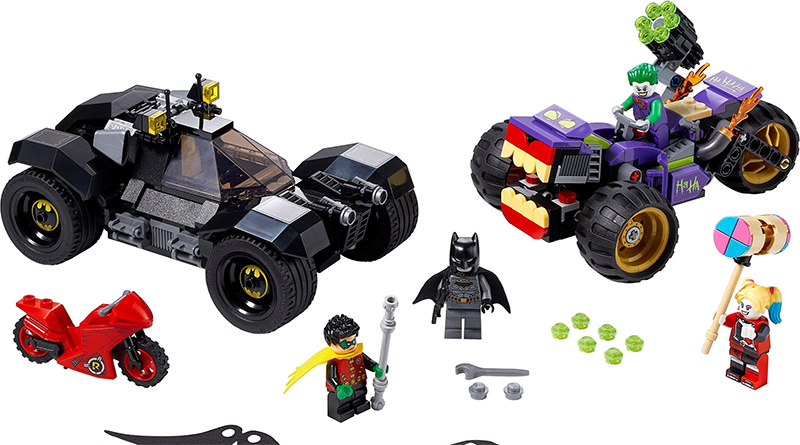