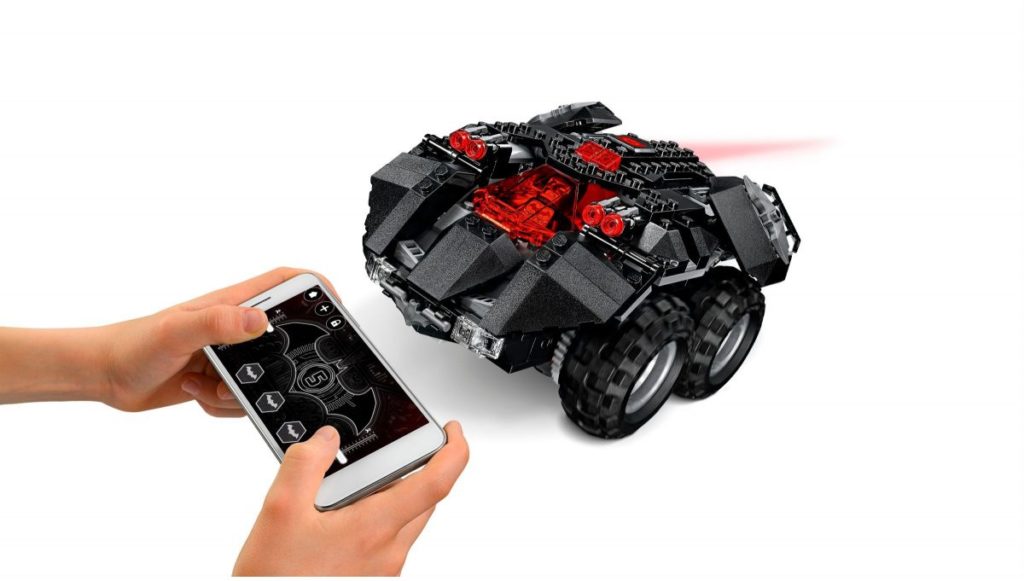 First announced back at International Toy Fair, the LEGO Group has revealed 76112 App-Controlled Batmobile. The new DC Super Heroes set uses Power Functions components and a bespoke app to allow builders to have Batman speeding around the living room.

The set will retail for €99.99 and use Power Functions 2.0, like the new LEGO City train sets. Bluetooth will allow the app to connect with – and then control – the vehicle. It looks like the set designers have taken some inspiration from the Tumbler, as seen in the Dark Knight trilogy. The release date is August 1.