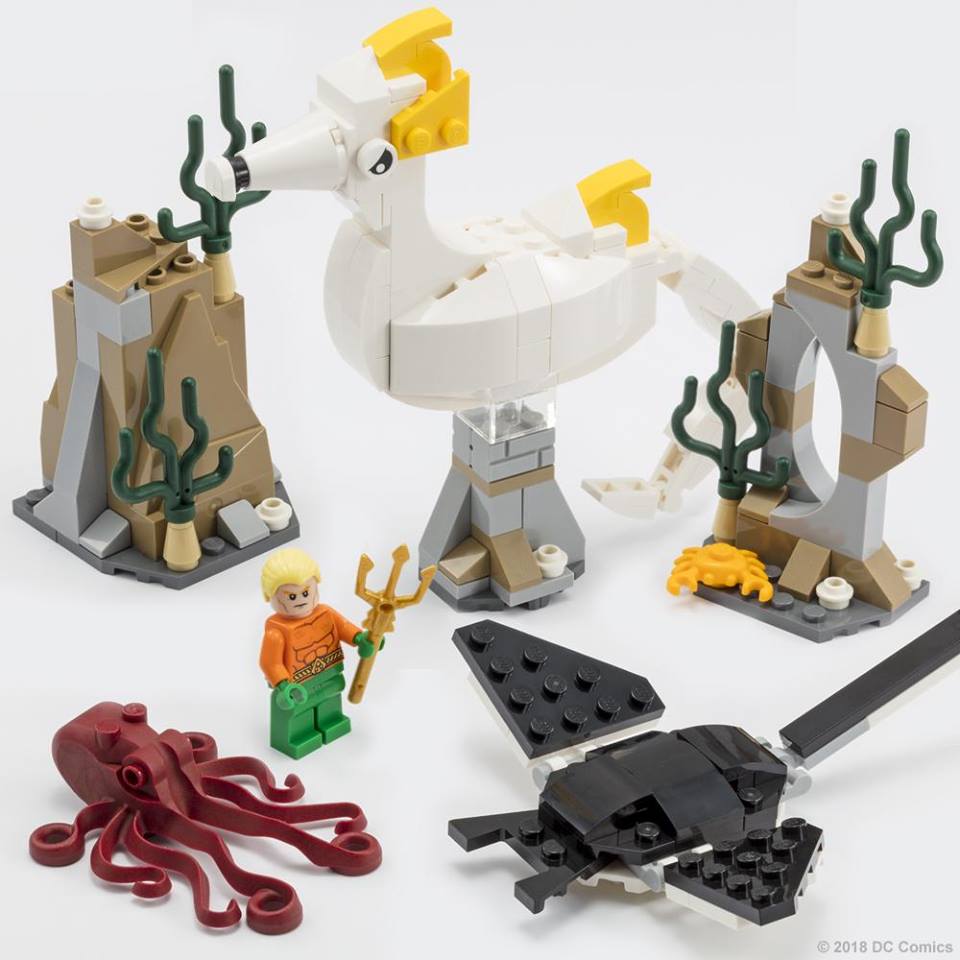 The LEGO DC Super Heroes exclusive set for San Diego Comic Con 2018 has been revealed as 75596 Aquaman and Storm.

Following yesterday’s reveal of this year’s LEGO Star Wars exclusive, 75512 Millennium Falcon Cockpit, the LEGO Group has published images of the DC Super Heroes exclusive that will be available at San Diego Comic Con. 75996 Aquaman and Storm has gone for a retro vibe, including an Aquaman minifigure along with his friend and ride, Storm.

This set will only be available at San Diego Comic Con 2018, to a small number of attendees who jump through the necessary hoops and get lucky.

Like the Star Wars set, the packaging has gone for a somewhat retro feel, fitting with the comic book origins of the convention.

Announcing the set on Facebook, the LEGO Group said to fans, “Take a trip down memory lane with LEGO DC Super Heroes Aquaman and Storm in this year’s San Diego Comic-Con exclusive!”