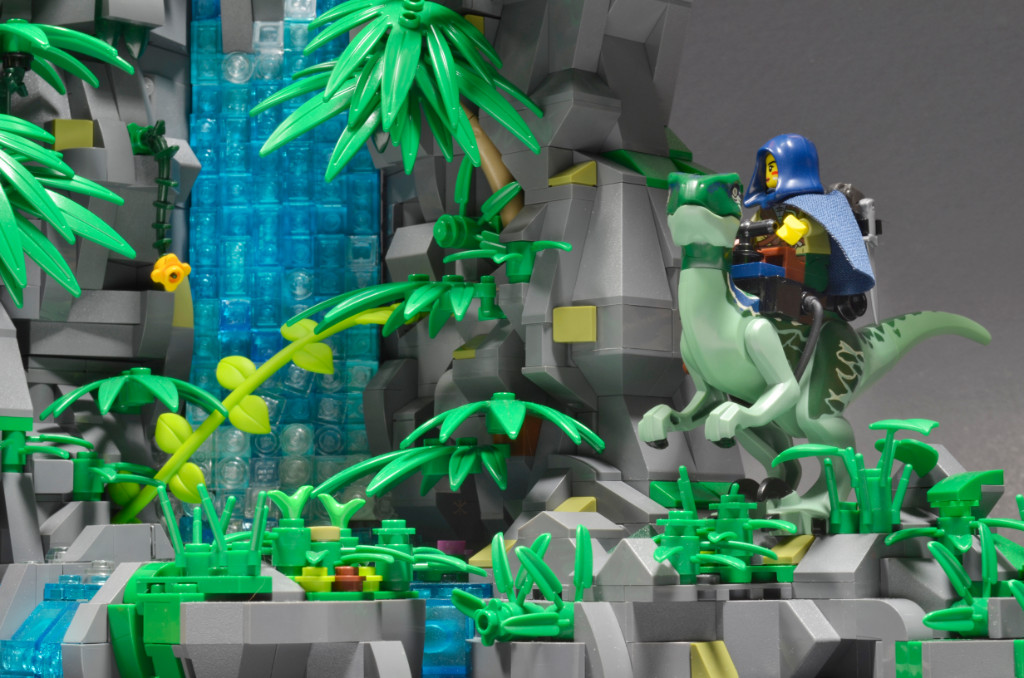 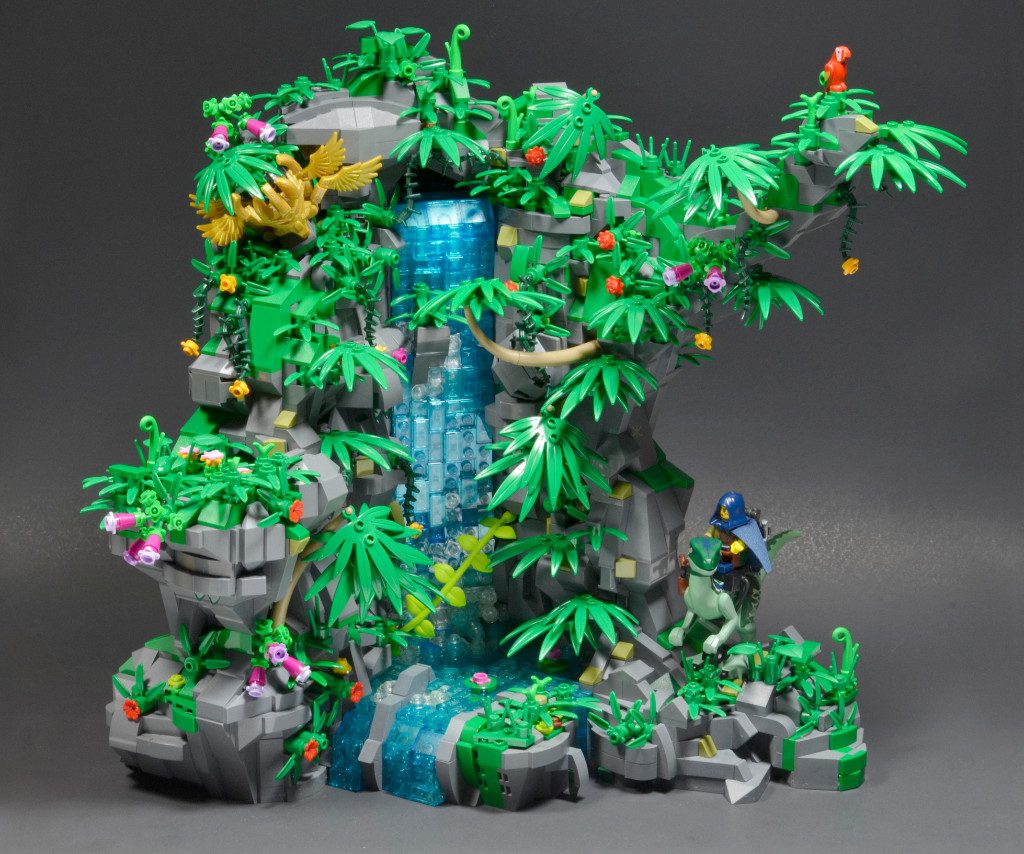 “Long ago, invaders from a foreign land waged war against our people. They brought with them terrible machines that rained fire and death upon the land. So terrible were their weapons, they killed even our great God, Qijolo. As he lay dying, Qijolo urged our people not to despair, and to know that he would still always protect us, even in death. In his final moments, he alighted atop this mountain, his fatal wound becoming a waterfall, and his body turning to stone. Here, at the Falls of Life, many plants grow which exist nowhere else in the world. The waters here keep us healthy, and the land gives us much. The invaders continued to terrorize the countryside, and many others died at their hands. Eventually, their greed and love of conflict proved to be their undoing. They fought amongst one another, and spread themselves too thin, ultimately dissolving into nothingness. Our people reclaimed the land, rebuilt our lives, and constructed an idol for Qijolo on this spot to thank him for his sacrifice.”

– The origin of the Falls of Life, as recounted by Shayle

Almost all of my builds begin with either a single element, or a central feature. This one started with a waterfall. That focal point was constructed first, and then everything else around it. In this way, I could keep checking how the overall composition was coming along. Starting at the base, I built up a foundation, and made sure to fill it with lots of different plant life to help convey the idea that this is a place that breeds life. Since many of the front elements connect via clip, this meant making sure there were plenty of bars for them to connect to.

When it comes to rock work, it’s helpful to take an MC Escher like approach. Keep changing directions and make use of a variety of SNOT techniques. There are lots of different ways to connect things, and by switching up your tactics, you can create your own visual language. It can be really easy to complacently stack slopes on top of each other to make a rock wall. The end result is generally pretty drab, however. When building your own landscapes, be sure to take note of the overall shape you’re creating, not just which individual elements you’re using. What do those overarching shapes say about the terrain you’re creating? There are many types of rock formations in the real world, and spending some time comparing differences between them can help you to create more detailed builds that have a solid sense of place. 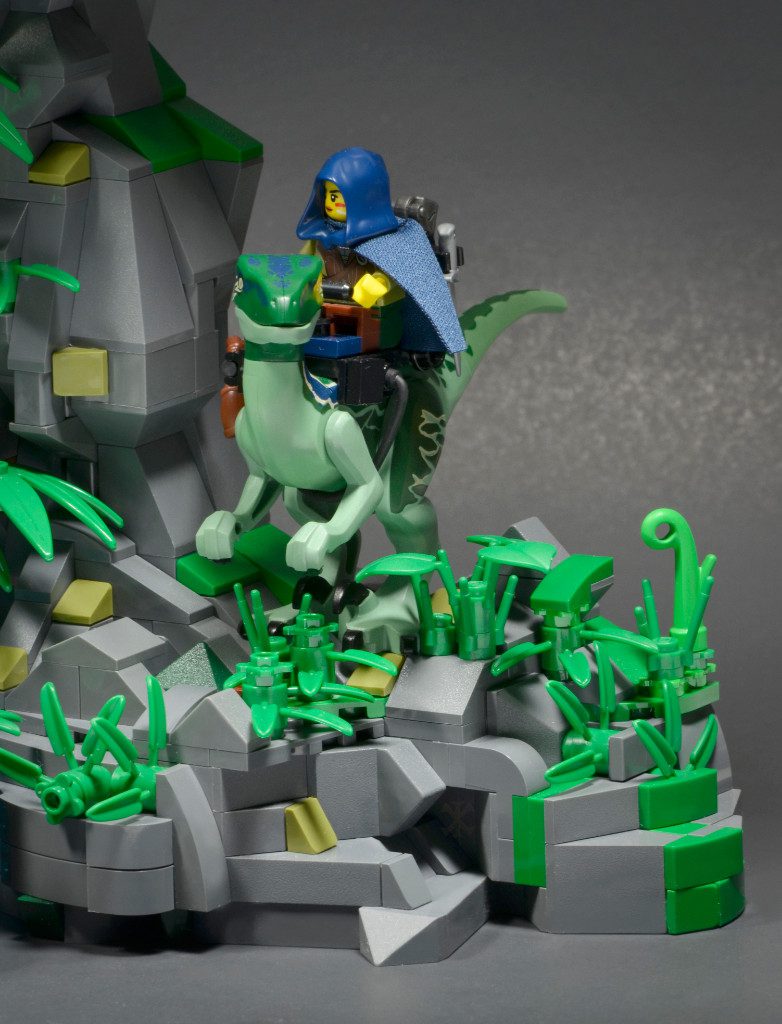