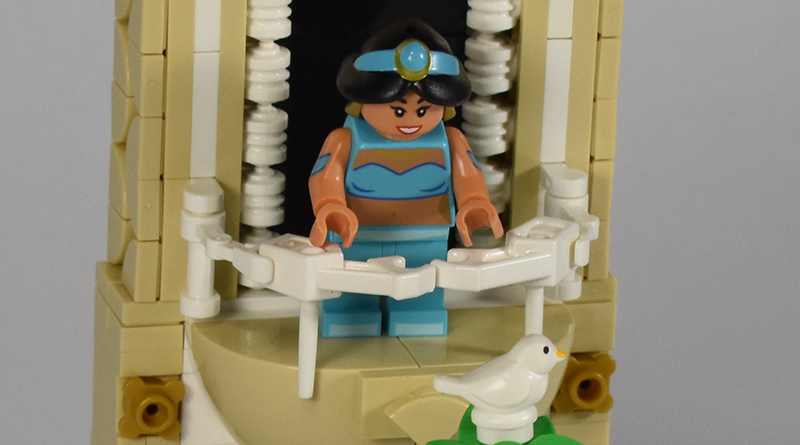 I built a small balcony scene for Jasmine and her bird. This was my initial idea for this character, and little changed in the overall vision I had for this build. I wanted to use the new scroll bricks for architecture details for a while now, and started the build process playing around with them. I did not want to go overboard with the tree, as I wanted the focus to be the building, minifigure and bird. This was a fun build, and I was able to use several elements I have not used previously. 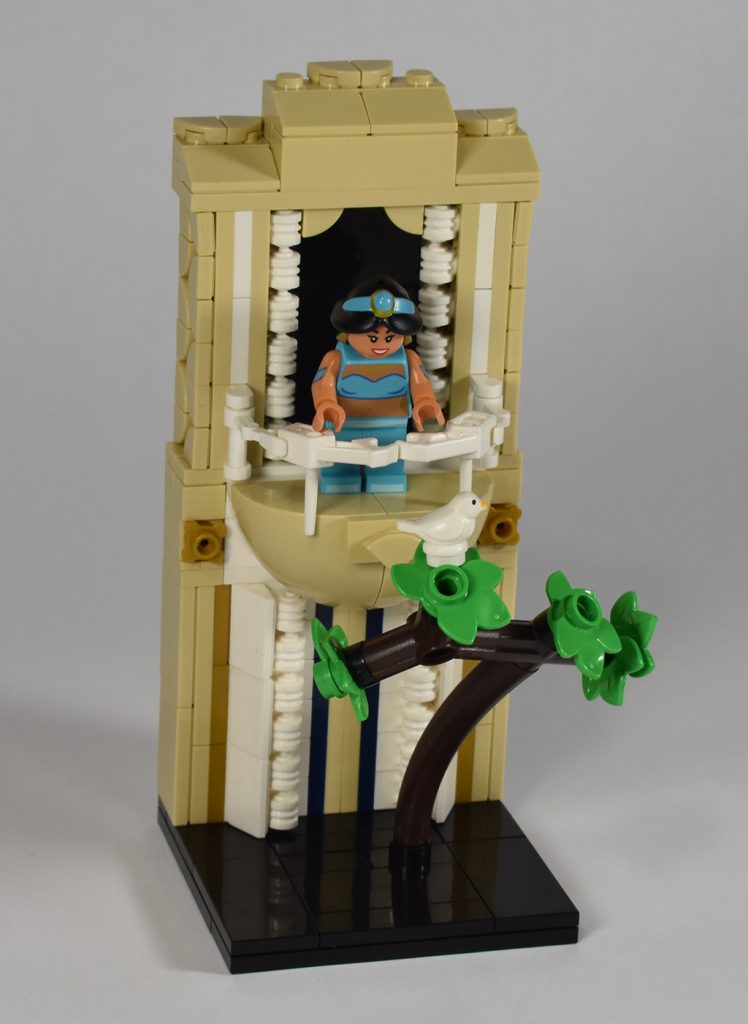