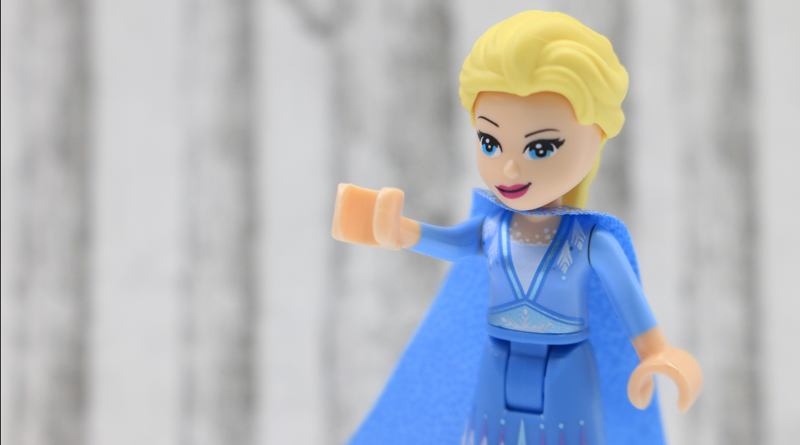 With the hype for the release of Frozen II ramping up as the film’s release approaches, the LEGO Group has released a flurry of new sets to coincide with the upcoming sequel. As part of this wave are two 4+ sets aimed at younger fans and are meant more for cute, fun role-play rather than movie accuracy. Even so, is 41166 Elsa’s Wagon Adventure one to cart off from the toy shop? 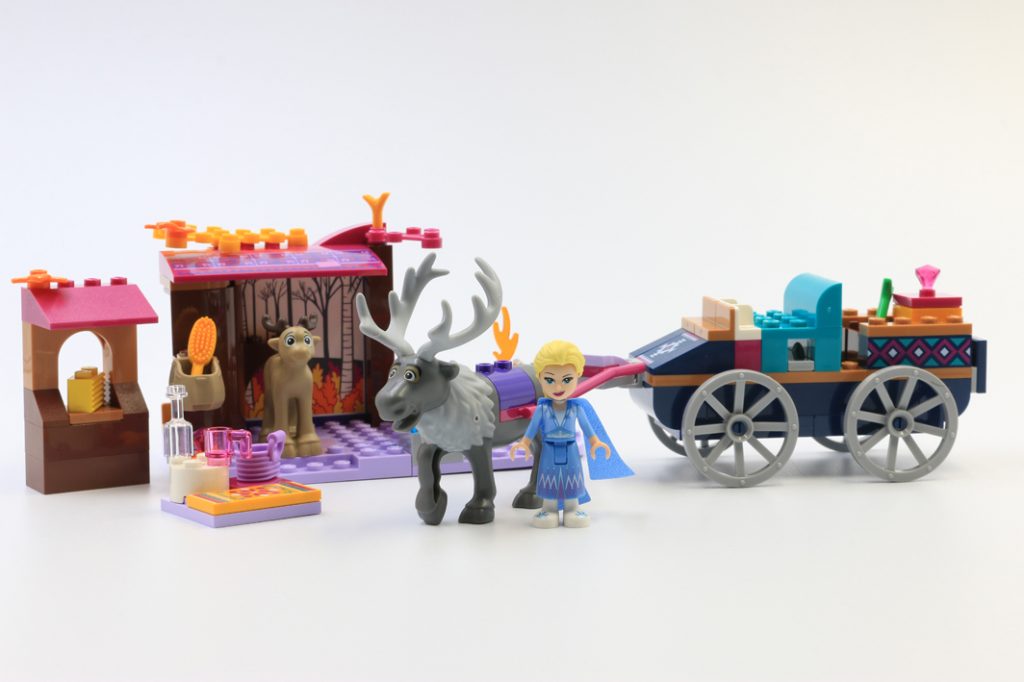 To start the build is the titular wagon, which is reminiscent in some ways to the sleigh from 41066 Anna & Kristoff’s Sleigh Adventure. New dark blue 4x6x1 wheel-bearing pieces create the overall shape, making this a speedy model to build. Although it looks quite simple, there is nice detailing and all of the Scandinavian-inspired motifs are printed bricks, which could definitely find places in fans’ own Christmas creations. Unfortunately the proportions of the finished wagon do look quite odd. With Sven alone attached it looks fine, but once Elsa is aboard the wagon just seems oversized and the snow queen looks liable to fall off.

The accompanying location is a small stable that appears to be deep in the woods with the clever use of a forest-printed 1x6x5 wall element. It uses a gorgeous colour combination of magenta and orange which is very autumnal, whilst also emulating the mysterious pink flames seen in the Frozen II trailer. Plenty of role-playing accessories are included and they all add to a sense of cosiness, particularly the fire-pit with its 1×1 round brick replicating a toasting marshmallow. There are quite a few new pieces used throughout 41166 Elsa’s Wagon Adventure, including a useful LEGO cylinder with brackets that double as branches which will probably find uses in future sets wherever trees are involved.

41166 is only the second set available with an Elsa mini-doll in her new travelling gear. Both her torso and skirt pieces are covered in intricate snowflake printing, and even Elsa’s boots are decorated. The only improvement that could have been made is Elsa’s hair which hasn’t been updated to match the more windswept style she wears in the film.

As a taste of what to expect in Frozen II, there’s a lot young fans will love about 41166 Elsa’s Wagon Adventure. Other than that, as Frozen fans know, “reindeers are better than people” – so it is worth buying the set just for the unique, uber cute baby reindeer.

41166 Elsa’s Wagon Adventure is available now at LEGO.com. You can help support Brick Fanatics’ work by using our affiliate links. 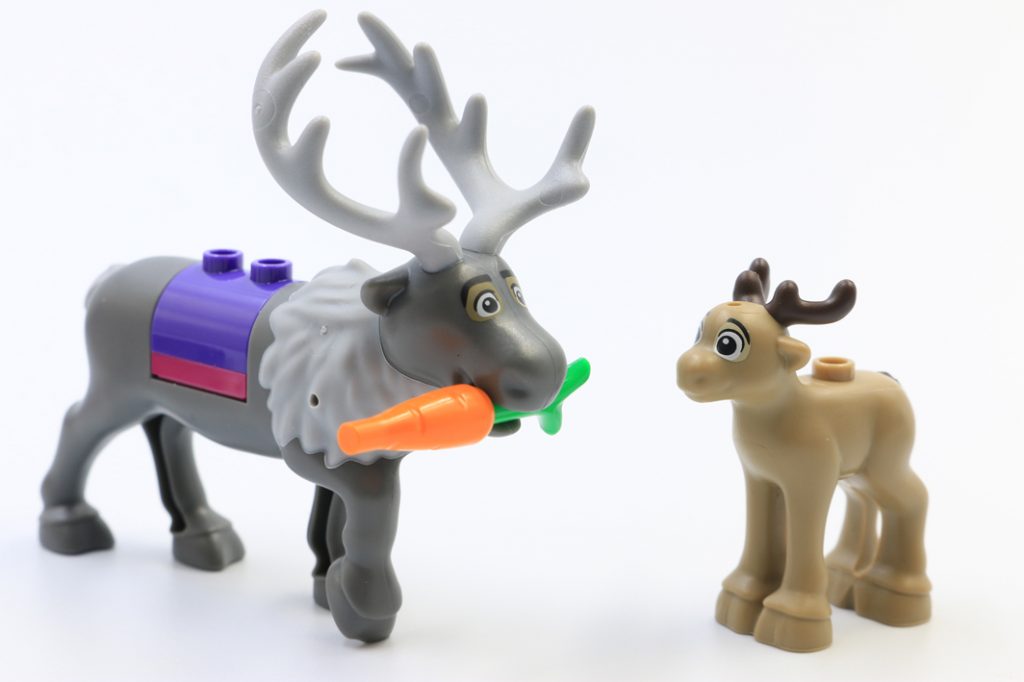