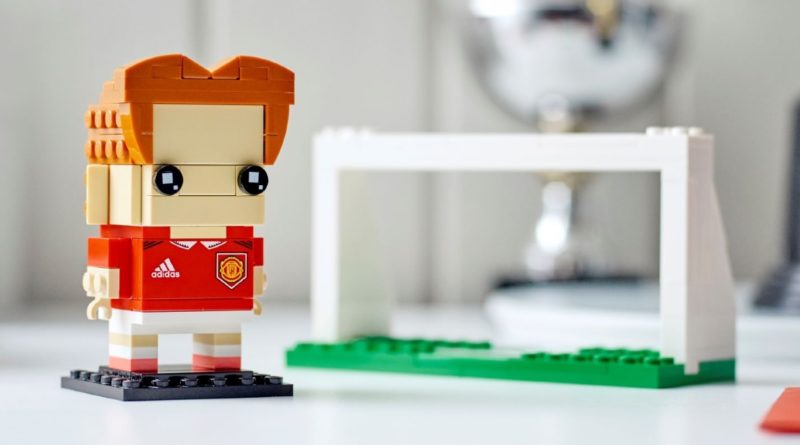 The set of BrickHeadz comes with three different skin tones, four different hair colours, and a number of hairstyles including spikes, ponytails, a mohawk, and a shaved head. That means it’s perfectly suited to represent any footballer you can imagine.

At LEGOLAND Discovery Centre Manchester, the team imagined 40541 as Wigan and England striker Ella Moone. The football player for England’s lionesses at Euro 2022 and scored two goals for the team, including one in the final against Germany. The Lionesses went on to win England’s first major trophy since 1966.

“Ella grew up in Tyldesley, which is just down the road from us here at the Trafford Centre, so we’re proud to support our local talent and we can’t wait to see what her career brings,” General Manager Jenn McDonough told Wigan Today. “Toone already showed us what she was capable of this summer in the Euro 2022 and she’s made an incredible start to the Women’s Super League this season.

“The Lionesses inspired so many people across the nation this year and Toone played a huge part in that. As she plays for our hometown club in Manchester, we wanted to make sure celebrated her in true LEGO style – with bricks!”

You can create your own version of Moone or any other footballer you love using 40541 Manchester United Go Brick Me or 40452 FC Barcelona Go Brick Me, available in LEGO stores or online via LEGO.com.