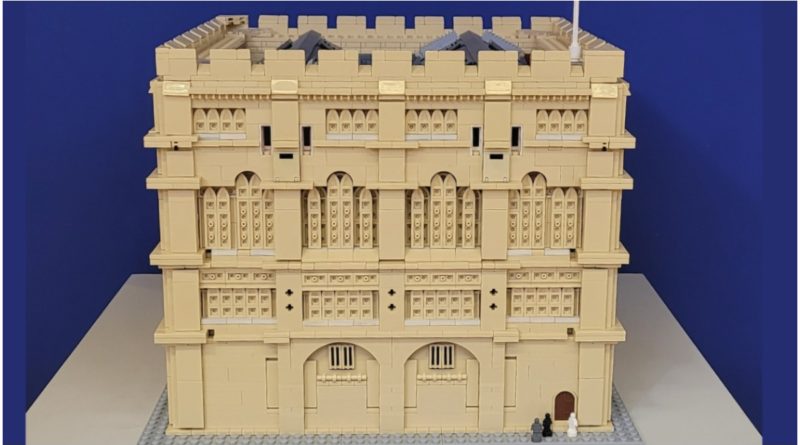 As rumours swirl about 10305 Lion King’s Castle, the UK has received an impressive LEGO model of a castle that actually exists.

Located in the east of the country, Norwich Castle was first built in 1067 on the orders of William the Conqueror. It was first used as a prison, but was eventually converted into a museum and art gallery. It officially opened in this capacity in 1894.

A project to renovate Norwich Castle sparked some interest from one Austin Goreham, who has recreated the castle in LEGO form. Unlike most custom builds, Austin’s design process was surprisingly involved. According to an official blog post on the matter, it involved a 3D drone picture and careful planning in LEGO design software. Several parts were sourced overseas from countries such as Germany, Spain and Lithuania.

Norwich Castle’s blog also says it took approximately 500 hours to create the blueprint – and 20 hours to build the castle itself. The finished model uses 4,769 LEGO elements and weighs over 3.5kg. Both it and its inspiration can be seen below.

The LEGO version of the castle has been gratefully received by the real thing, and can be seen in the castle’s Rotunda if you happen to visit. Of course, to most LEGO fans it’s less interesting than the rumoured 10305 Lion King’s Castle. This set is said to be launching as part of the LEGO Group’s 90th anniversary celebrations, and reportedly uses almost as many pieces as this one. However, recent reports (ironically) indicate a king is missing from it.

With luck, this impressive model isn’t the only LEGO castle we get this year. But regardless of what happens, it’s an impressive reminder of what LEGO is capable of with enough determination.