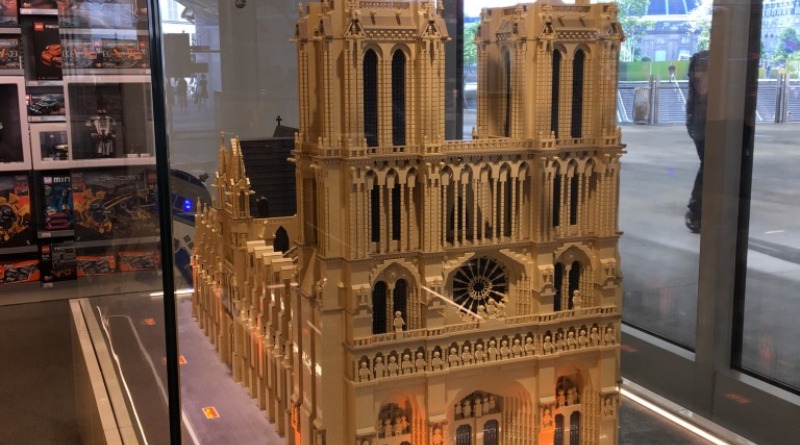 Thousands of LEGO fans have called for the LEGO Group to produce a set of the Notre-Dame, after the historic Paris cathedral was partially destroyed in a calamitous fire.

The world looked on in horror yesterday as flames engulfed the roof and spire of the 850-year-old cathedral, causing it to collapse. It took firefighters 15 hours to extinguish the blaze, but in doing so they managed to save the building’s main structure.

The cause of the fire has yet to be determined, but an investigation led by Paris public prosecutor Rémy Heitz is underway, according to the BBC. The burning of the cathedral has evoked a global response, with individuals, groups and politicians chiming in to help with rebuilding efforts.

Business moguls and billionaires including François-Henri Pinault – chairman of the group that owns Gucci and Yves Saint Laurent – and Bernard Arnault, head of an empire that includes Louis Vitton and Sephora, have pledged hundreds of millions of euros to the cause.

Not everyone has that kind of money to offer up, though – but one LEGO fan has an inspired solution. Last night, reddit user synoptico started a thread on the site’s r/lego forum, calling for the LEGO Group to produce an Architecture set of the Notre-Dame – with part of the proceeds going towards the cathedral’s rebuild.

14 hours later, the post has more than 9,000 upvotes and 260 comments, with other users chiming in with their support for the idea. Others recommended going bigger than Architecture’s typical landmark models, towards the Creator Expert scale of 10253 Big Ben or 10256 Taj Mahal.

While the LEGO Group has traditionally shied away from religious landmarks – the Notre-Dame wasn’t even included in the recent 21044 Paris skyline – there is an enormous brick-built model of the cathedral in the Parisian LEGO Store (pictured above).

That’s no guarantee a regular set would ever be produced, of course, and considering the usual timeline for developing new models, a LEGO Notre-Dame may be too little, too late when it eventually hits shelves.

Still, it’s nice to see LEGO fans have their heart in the right place. And who knows how the LEGO Group might respond? It could just be the PR move of the century. (We’ll stop being so cynical now.)