In an interview about LEGO FORMA, the Creative PlayLab’s Vice President, Tom Donaldson, has revealed that it is the fastest product ever to make it to market for the company.

According to the feature at Fast Company, there are three types of adult LEGO fan – AFOLs, who buy sets and build, buyers, who occasionally buy sets and professionals, who build prototypes using LEGO bricks. While those categories may be up for debate, a fourth apparently remains untapped – those adults looking for a “casual creative outlet” – and it is those potential customers who LEGO FORMA is aimed at. Studies value the creativity industry, which includes adult colouring books and crafting activities, at $44 billion, making it clear why the LEGO Group would be interested in breaking into it.

The crowdfunding stage of LEGO FORMA is now closed, with the company asking customers to order the set on Indiegogo, with the promise of getting it first. In total, the crowdfunding raised $1.4 million, 1,334% of the goal. 81000 Koi Model is the base set, which constructs a fish then adds a skin, with additional skins that can be switched out with the koi one available to buy. 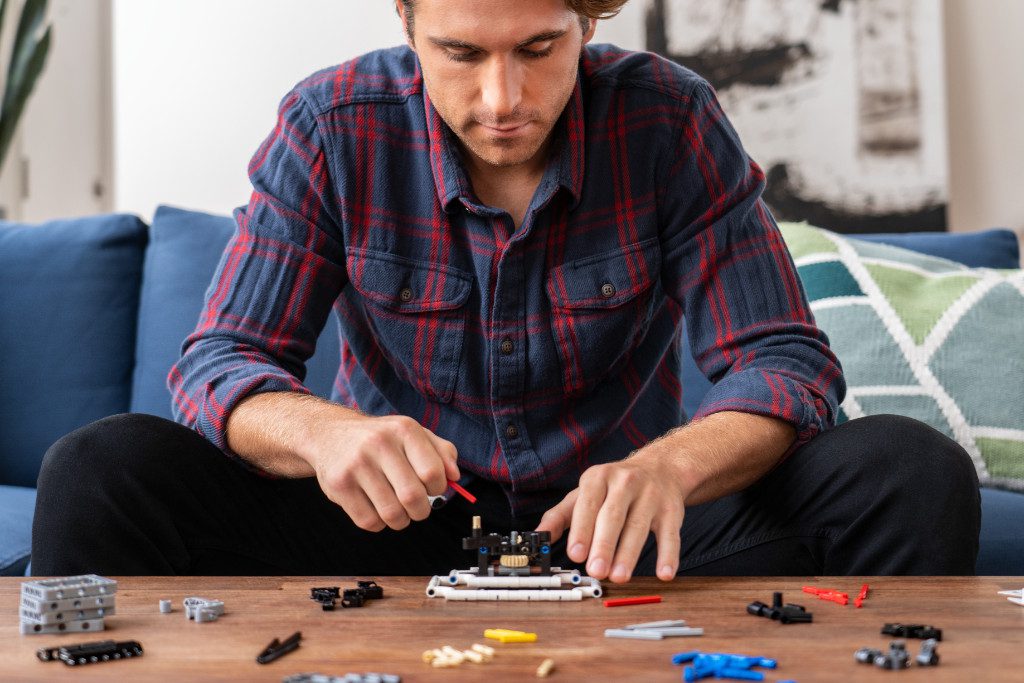 In the interview with Fast Company, he reveals that it was through an individual designer at the LEGO Group and a marketeer that the product came to be – in record time. “This was the fastest product ever to get to market from the LEGO Group. It started with a serendipitous connection between an individual designer and a marketeer. We give our designers 10% of their time to use as they see fit, and this designer was playing with kinetic sculptures and organic forms. The marketeer was looking at how to evolve one of our product lines and the connection was set. The process was very iterative – every two weeks exploring new designs, new market opportunities and testing with consumers wherever possible.”

The Creative PlayLab VP also confirmed that Indiegogo was used to reach new consumers, as platforms such as LEGO Ideas are targeted at users who are already engaged with the brick.