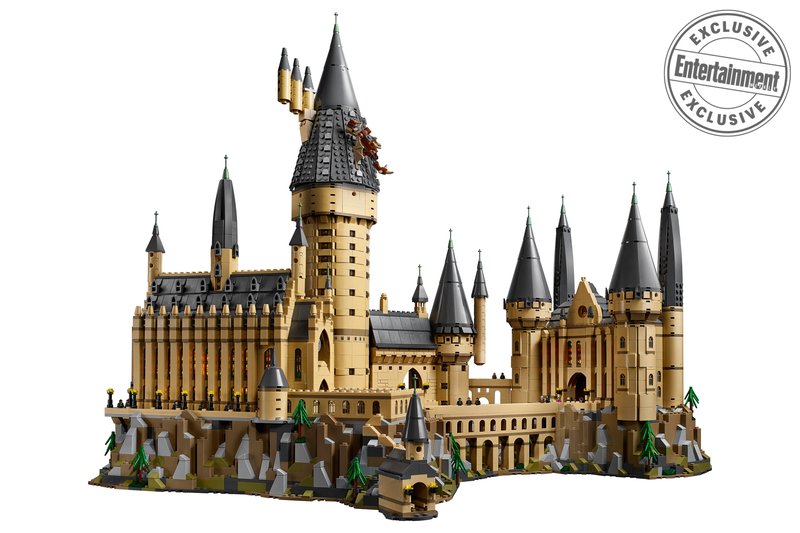 The ultimate LEGO Harry Potter set, 71043 Hogwarts Castle, has officially been announced as coming on August 15.

Official images include a comparison shot, with the new LEGO release sat alongside the version on Warner Bros. Harry Potter Studio Tour.

The announcement has come from Entertainment Weekly:

LEGO’s new Hogwarts features a stunning brick, staircase, and stained-glass interior that includes the Room of Requirement, the Gryffindor common room, the Great Hall, the Defense Against the Dark Arts classroom, the offices of Professors Dumbledore and Umbridge, the chess and Devil’s Snare chambers from Sorcerer’s Stone, Moaning Myrtle’s bathroom, and the Goblet of Fire. Its grounds feature Hagrid’s Hut, the Whomping Willow, the actual Chamber of Secrets, boats, creatures, and all sorts of Hagrid-groomed greenery.