Throughout the Harry Potter series, the Great Hall is a vital location, where many key moments take place. No other place is more evocative of Hogwarts School for Witchcraft and Wizardry, with the long tables and floating candles etched in the memories of a generation. Now, the LEGO Group has released the latest version of the locale, 75954 Hogwarts Great Hall.

LEGO Senior Model Designer Mark Stafford took some time away from making magic with bricks to talk Brick Fanatics through the design process.

How did you approach designing 75954 Great Hall?

Well it was a little daunting for me when I was asked to take the Great Hall sketch I had done and make it into the final one, because the designer of the last Great Hall [4842] is Bjarke Lykke Madsen, who has been at LEGO forever. He is a LEGO legend, we only have two Design Masters who are on the building side, and he is one of them. I didn’t think I could beat what he did because he not only did the Great Hall, but all of the classrooms and everything else.

So I concentrated on the Hall and enough in the tower so I was doing something we had not done before – every other Great Hall has been a part of a larger Hogwarts and this time I was going to concentrate on the Great Hall and try to make it as accurate as possible. We had all sorts of new spikes and shapes coming through, the triangle I used to represent the bay windows on the roof is an ear from the new Unikitty stuff, the spike that allowed me to do the spikes along the front came from NEXO KNIGHTS, there were all these elements that could allow me to make a Great Hall that stepped away from what we had done before.

What else went into the decision to have a dedicated Great Hall set?
We also hope that Harry Potter will get a second year, or even more, and if we just do Hogwarts then we’ve done Hogwarts. If you split Hogwarts up a little bit, you can do another section that could be just as important in the future. If you look at the Whomping Willow [75953] set, you have got classrooms in there and everything, it’s nice to get those and be able to join them together.

There is a limit to how many rooms in Hogwarts are actually useful and playable. If you cram them all into one set, which we’ve done before, what do you do if you do have two or three years of this theme… what do you do in the third year? When you have run out of things to go back to, very quickly it’s like Pirates – once you have done a pirate ship, a pirate base and an island, what do you do next that’s iconic Pirates? Fortunately with each Potter movie there are new things that come in, so by concentrating on the first few movies we narrowed that scope and it left us with places to go if we get more time.

What made you decide to focus on the early stories with this first wave?

It’s mainly this idea that we hope Harry Potter will get more than one year, and if we want that, let’s not cram everything into these first sets. We’re going back to this, there will be kids who last time we did Harry Potter were too young for LEGO. Now they are coming into it fresh, their parents might have grown up with Harry Potter, we’re hitting that generation. It’s the first few movies that aren’t too scary, it’s just a little bit more kid friendly to introduce them to, then we’ll see what happens.

How did you and Raphaël work together to make sure that 75953 Hogwarts Whomping Willow and 75954 Hogwarts Great Hall had the same aesthetic and that they go together nicely?

We do that anyway, we work in teams. Although I say I did the Great Hall, there is a lot of input from everyone else, and again with the Whomping Willow, we gave input. We were like, “oh I’m not sure that works, or this doesn’t line up with my model,” and then it is quite easy. It is just this is where the holes are, as long as that matches and we can snap them together without all of the bits falling off then it’s not too bad. We made the call of where the measurements were and then we went away and did our stuff. 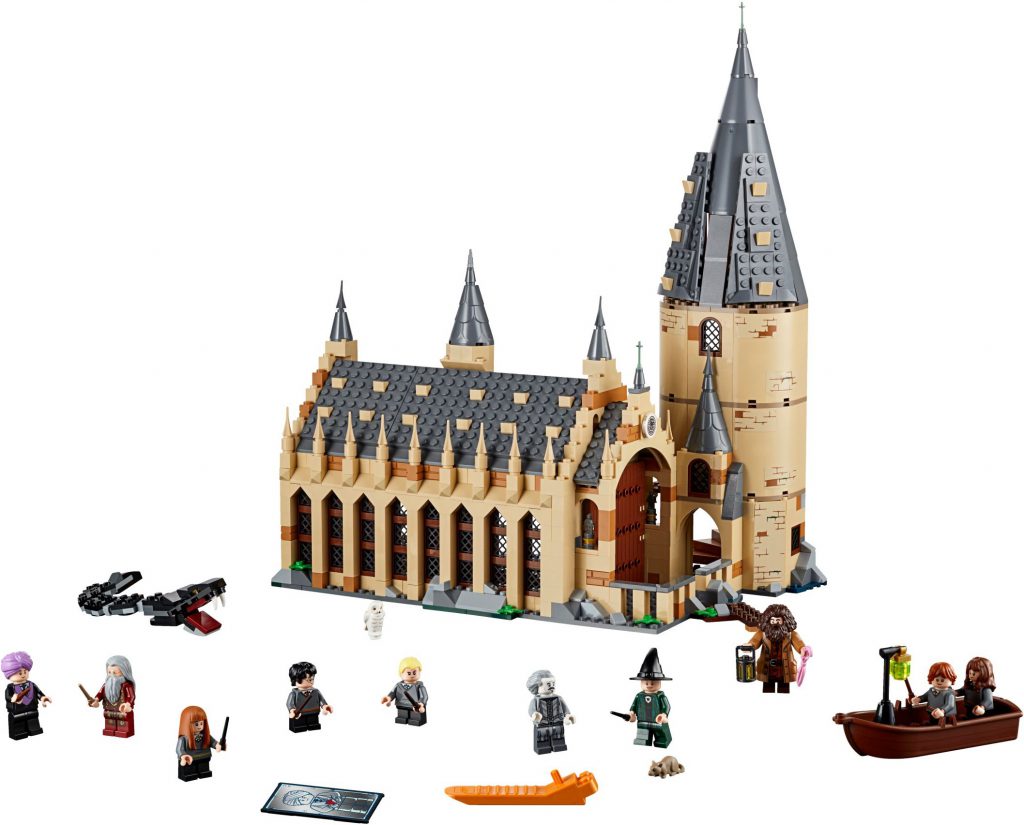 What else did you incorporate in the Great Hall?

The one thing I am disappointed about is the windows, I’ve only got eight windows, eight long windows along the side and the actual Great Hall has nine. The ninth window, which is at the end with the doors, is twice the width of the other windows and has a slightly different shape to it because of the Hufflepuff building that’s underneath the roof, although nobody knows that because it’s a top secret place and we’ve got inside knowledge. So for a long time I had a little Hufflepuff roof down here which I had to take out.

It looks kind of weird because we’ve had to compress things a lot, in order to make this look like Hogwarts you have to distort it to some extent. Each of these is a bay window in the movie with a room large enough to stand up in, it is not the same here. The scale is already compressed, it’s like anime with chibi stuff – it’s all sort of squished in.

It must be easier to be critical when you built the original sketch model and went all the way to the finished production version.

Yeah, I’m going to build the best Hogwarts I can, I built it with the cliffs and the lake underneath. I was trying to see if I could fit the Chamber of Secrets and the Basilisk in there but when it came to, “what does this add to the play?”, it was not enough really. The Basilisk adds a lot to the play, he survived from that stage, even if he is a bit weedy and wimpy compared to the original Basilisk.

I don’t only want a nice looking model, I want a good building experience and I want it to be a good toy. I want the kids to play with this for a long time, I don’t want it to just become a stationary object in a bedroom, it’s a toy they go back to and they role play with the characters. I also want the kids to rip it apart and build their own stuff, so I put the best pieces in there so there are lots of parts they can’t wait to build with.

Thinking back to childhood, there is nothing like having a big playset to role-play with. This will be that for children who love Harry Potter.

I hope, I’m sure you know that every set I do, no matter how small, for some kid this is going to be the LEGO set that they remember as an old man one day. They will be telling their grandchildren about it, “oh LEGO, back in my day was this,” and they will describe this Great Hall. I hope that’s going to happen, it adds to the pleasure of doing this job, that I am having that sort of effect.

75954 Hogwarts Great Hall is available now at shop.lego.com. You can help support Brick Fanatics’ work by using our affiliate links. 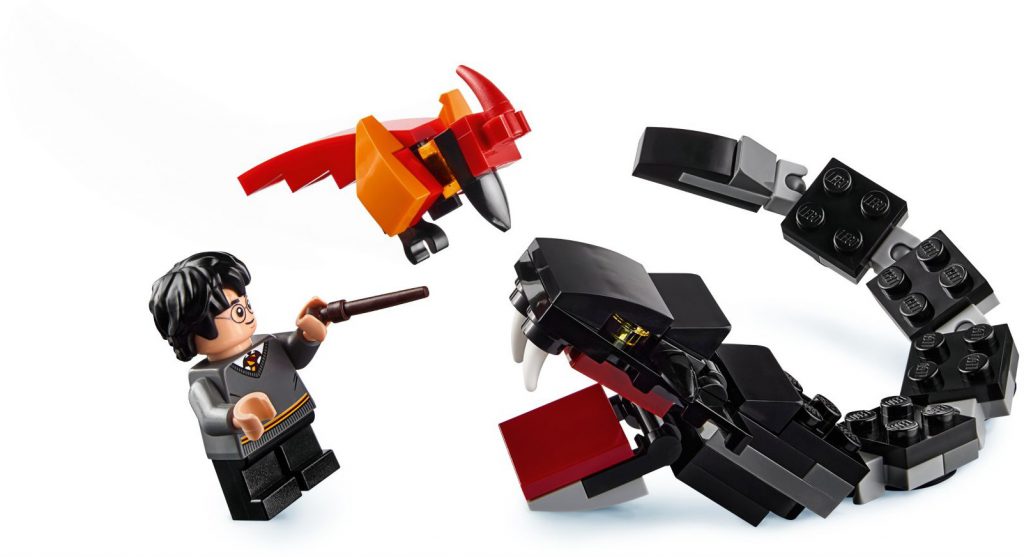