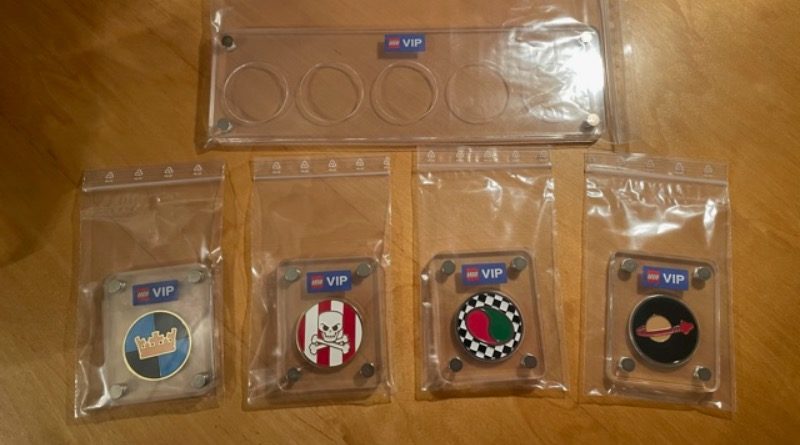 The LEGO Group’s haphazard rollout of its VIP collectible coins has culminated in one fan being sent the Classic Space-themed coin way ahead of schedule.

A Brick Fanatics reader – who asked to remain anonymous – got in touch with images of what looks sure to be the fourth coin on the bill, which will presumably become available in the VIP Rewards Centre in April. It’s the second time one of the coins has turned up in the wild before its planned launch, following a similar incident in early February.

On that occasion, a fan who ordered the Pirates-themed collectible coin was instead sent the oversized version of the classic LEGO gold coin minifigure accessory, which will apparently be the fifth and final token in the collection.

The third coin in the series – themed around the fictional LEGO energy company Octan – launched at the beginning of March, but sold out within 24 hours.

The demand for the collectibles seems to have cooled off a little on eBay, however, with recent listings climbing down from nearly £60 to just £20 for a single coin. That said, if you want the case that holds them all, you’re still going to need deep pockets: an Australian auction for the case and two coins recently sold for an eye-watering £132.72.

We’ll keep you posted on when the Space-themed coin goes on sale proper, which will likely be at the beginning of April for 1,150 VIP points, in line with the three previous collectibles. If you don’t have enough points in the bank, you’ve probably got just enough time to place an order to shore up a few more.