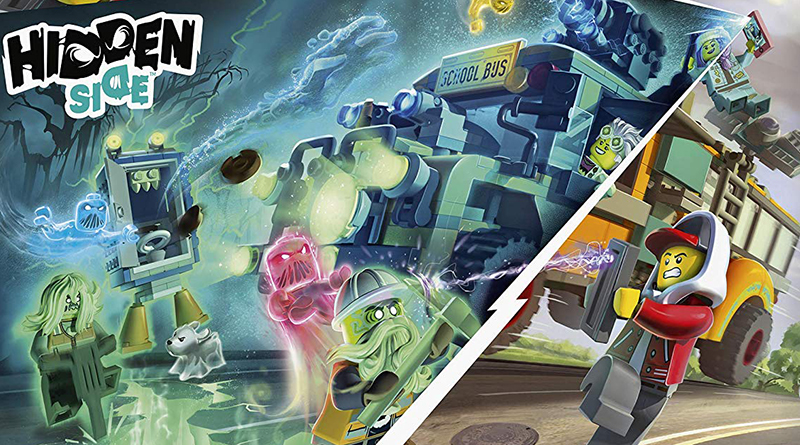 Box artwork for LEGO Hidden Side sets has been revealed, showing that the physical models will not feature on the front.

A new batch of LEGO Hidden Side images has been published by Amazon, revealing what the boxes for the new theme will look like. What is surprising is that this is one of the first times – if not the first time – that the LEGO sets themselves are not pictured on the front of the box. Instead, art based on the models has been used instead, which has a spooky, pulpy vibe in keeping with the concept. It emphasises the digital app aspect of play, suggesting that the digital angle is expected to be the selling point rather than the build.

Back in 2017, LEGO CEO Bali Padda commented on the digital aspect of NEXO KNIGHTS. “We could have executed the digital piece a lot better than we did, so it’s learning from that [in the future],” he said. It is understood that one of the failings the LEGO team felt NEXO had was that it did not sufficiently communicate the digital aspect, so consumers were not clear enough about what it was.

In the case of Hidden Side, it looks like a lesson may have been learned. The artwork shows the minifigure character in a regular environment, but holding up their phone to reveal the spooky world that is invisible to the naked eye. This concisely explains exactly what the app does – when it is held up to the set, it reveals animated ghosts haunting the model.