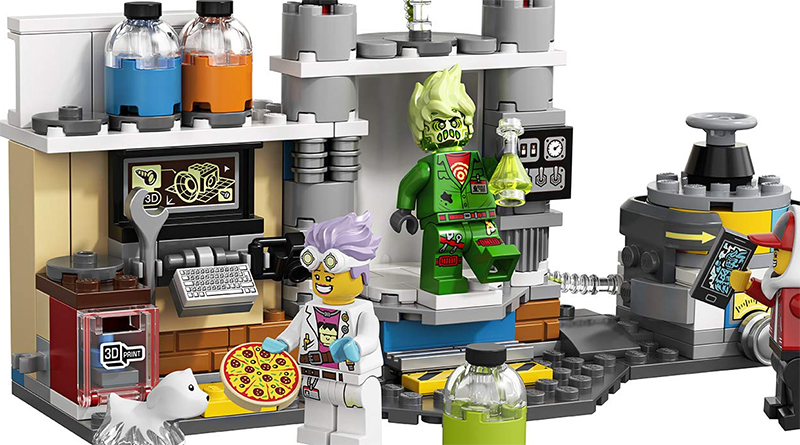 New official images have been released on the LEGO Hidden Side sets that will launch later this year.

The LEGO Group is planning a big new theme launch in August, when LEGO Hidden Side arrives on shelves. It is a spooky new range that seeks to combine the physical building experience with a augmented reality (AR) app. A look at the sets was provided back at New York Toy Fair, but now Amazon has published official LEGO images of the sets from the new theme, providing a clearer look at the products.

“What is interesting about LEGO Hidden Side is it is this mixed reality experience that we are creating, this idea of trying to have one hand in each world, the digital and the physical. The ghost, spooky thing lends itself really well to that, with the idea of this hidden side seen through the app that Professor J.B., one of the main characters in the story has created,” LEGO Senior Product Lead Murray Andrews told Brick Fanatics earlier this year.

Here are the new set images that have been released: