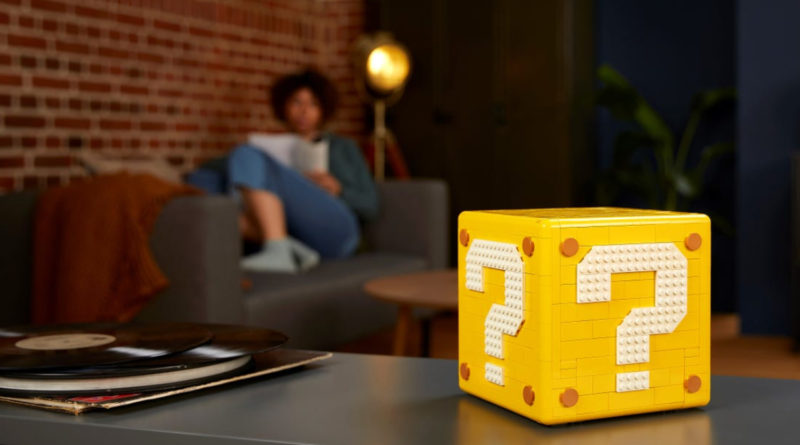 We’ve already seen much of what LEGO 71395 Super Mario 64 Question Mark Block has to offer in official images – but the LEGO Group has been hiding one of its killer features.

The giant, yellow cube folds out to reveal four microscale renditions of classic Super Mario 64 levels, including Peach’s Castle, Cool Cool Mountain, Lethal Lava Trouble (or Lethal Lava Land, as it’s actually known in-game) and Bob-omb Battlefield. But if you’ve seen anything of the set so far, then you already knew that.

What you probably didn’t know is that the set is also hiding a fifth, secret level in the base of its oversized Question Mark Block. As discovered by reviewers who already have their hands on the October release, sliding a panel along one of the cube’s faces will reveal a tiny, brick-built Bowser, in scale with the micro Mario figure (who’s comprised of just three pieces).

Pressing down on Bowser (or his platform) then drops open another secret panel just underneath him, complete with a turntable and colour scheme reminiscent of the first Super Mario 64 boss stage, Bowser in the Dark World.

Weirdly, that feature hasn’t been revealed in any of the marketing for 71395 Super Mario 64 Question Mark Block. It might not have sold anyone on the set alone, but it could have been enough to persuade those on the fence – particularly as the official images give the impression that the bottom of the box must be entirely devoted to the mechanism for the four fold-out levels.