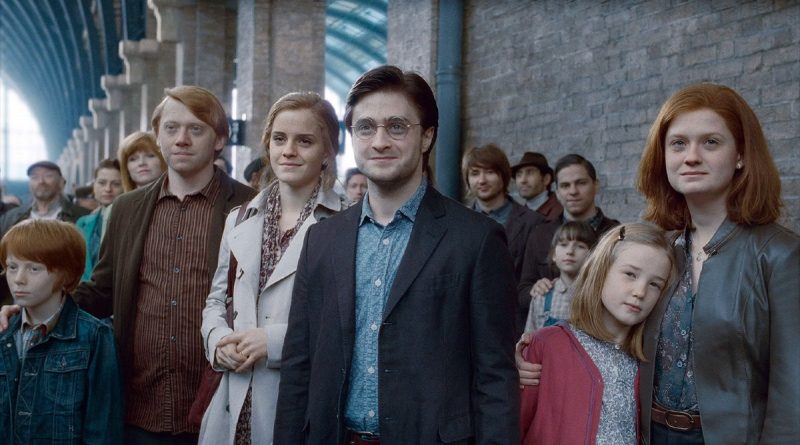 Among the 20 minifigures present in the new Wizarding World direct-to-consumer set, which includes characters from across all eight films, are older versions of Harry and Ginny Weasley with their kids Albus, Lily and James. But at one stage during the design process, the supersized train actually included as many as 12 different characters from Harry Potter and the Deathly Hallows’ ’19 Years Later’ chapter.

According to LEGO Harry Potter Design Lead Marcos Bessa, 76405 Hogwarts Express Collectors’ Edition originally included minifigures of older Ron and Hermione, along with up to five more unnamed characters. Instead, the final set focuses on just Harry’s immediate family, with two extra anonymous students (one each for Ravenclaw and Hufflepuff) to round out the full roster.

“We had [Ron and Hermione] at one point, before we added the figures from [the Half-Blood Prince],” Marcos explained on Instagram. “But then there was an imbalance on the amount of figures between the different scenes: four or five on the first two, and 12 or so on the last one (the families on the platform) to cover everyone.

“We wanted to shift the focus to the journey of the lead character on board the train: from meeting his new friends in movie one, to sending his own children to Hogwarts years later! Besides, the two extra students help populate the station with a bit more recognisable and iconic Hogwarts outfits, since all other characters are in plain ‘civilian’ clothing.”

While Marcos doesn’t touch on the identity of those other planned minifigures beyond Ron and Hermione, we can make an educated guess from his reference to ‘families on the platform’. In the original scene, Ron and Hermione have two children – Rose and Hugo – while Draco Malfoy and his wife are also present with their son Scorpius. It’s possible that all of those minifigures were once in contention for 76405 Hogwarts Express Collectors’ Edition.