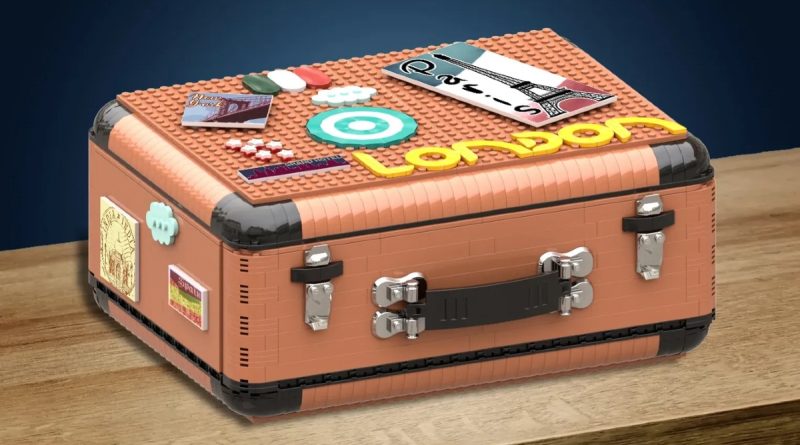 The latest LEGO Ideas 10K project gives us a chance to catch up on all the travel we’ve missed out on during the pandemic, one brick at a time.

Rafael Ponce’s The Travel Suitcase is reminiscent of 76399 Hogwarts Magical Trunk in format – although was first submitted to LEGO Ideas four months before that LEGO Harry Potter set hit shelves – and opens up to reveal a delightful interior. Rather than Wizarding World common rooms, though, Ponce’s build incorporates a colourful microscale landscape.

There’s some brilliant part usage to bring that interior to life, while the outside replicates a traditional suitcase, decked out with souvenirs from cities around the world. “Every time I travel, I bring a gift in my suitcase,” Ponce explains on the project page. “Normally, I forget what I brought, but I never forget what I saw and how it happened to me there.

“With this travel suitcase, I have tried to recreate a beautiful hot air balloon ride, from which you could see a town, with its castle, river, lake and mountains in the background.”

This isn’t Ponce’s first LEGO Ideas 10K build – he’s had two rejected previously in Marine Life and Magic Bookends – but he’ll be hoping it’s the first one to get the green light from the review board. If it does, it will go into production to become a future LEGO Ideas set. We won’t find out whether it’s made the cut until the results of the third 2022 review are announced in summer 2023.

Here’s a round-up of every project in this round so far: