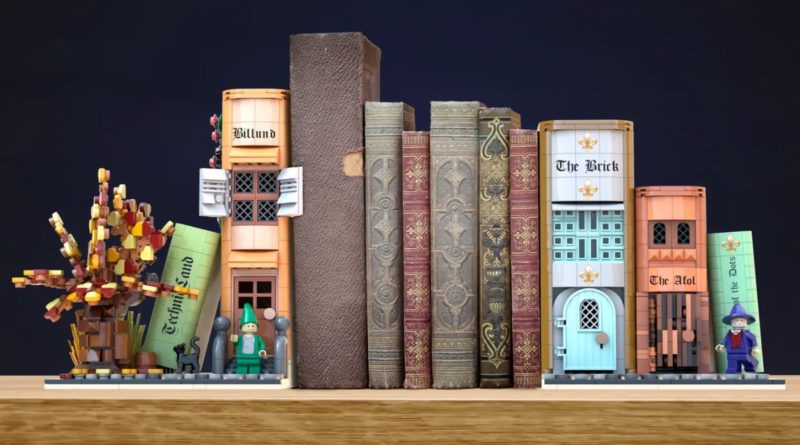 A pair of fantasy-themed brick-built bookends have reached the third LEGO Ideas 2021 review, and will now be considered for production as an official set.

Spanish builder Rafael Ponce – whose Marine Life project was part of the first 2021 review, but ultimately rejected by the Ideas team – is back with a new build titled Magic Bookends, which has cracked the 10K mark on the crowdsourcing platform in a little under two months.

Ponce’s 1,496-piece build combines a love of the written word with a fantasy narrative, establishing Santa’s elves as authors of classic children’s tales – who also happen to live inside books. Each of the pastel-coloured tomes doubles as a house, built across separable modules for two different display options: either together in a single cohesive display, or apart as bookends.

The design is full of both literary and LEGO Easter eggs across its fictional book titles, too, from ‘The Lord of the Dots’ to ‘The Great AFOL’ and, simply, ‘Billund’. It’s clearly impressed the LEGO Ideas audience to take it to the review stage in such a relatively short span of time, but whether it can similarly win over the LEGO Ideas review board remains to be seen.

The bookends will be judged as part of the third 2021 review, which now includes a total of 27 different projects. Here’s the full list so far: