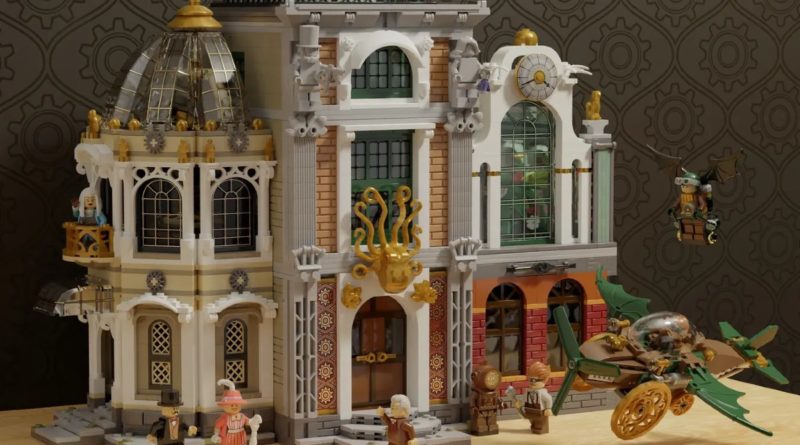 The fantastical age of steam and inventions might be next for LEGO Ideas as a steampunk project has reached the platform’s next review round.

LEGO Ideas user Castor-Troy has another project in a review stage with their latest submission – Steampunk Explorers – having hit 10K supporters. Previous successes include a brick-built movie set and a build based on The Nanny TV show, both of which are also in contention for future sets.

The submission depicts a society of inventors and explorers set in the Steampunk genre of fantasy media, with seven minifigures to display the inventions and characters that populate the building.

When facing the model, on the left is an observatory with a transparent domed roof and a map of the stars beneath it. The main lobby features a spot to launch a hot air balloon out of the roof and a staircase that leads to a tiled floor. Towards the right is a greenhouse with a garage underneath to store and work on an invention that is designed for land, air and sea.

Here’s a rundown of every project in the third 2021 LEGO Ideas review round so far, with 15 projects all up for a future official model: