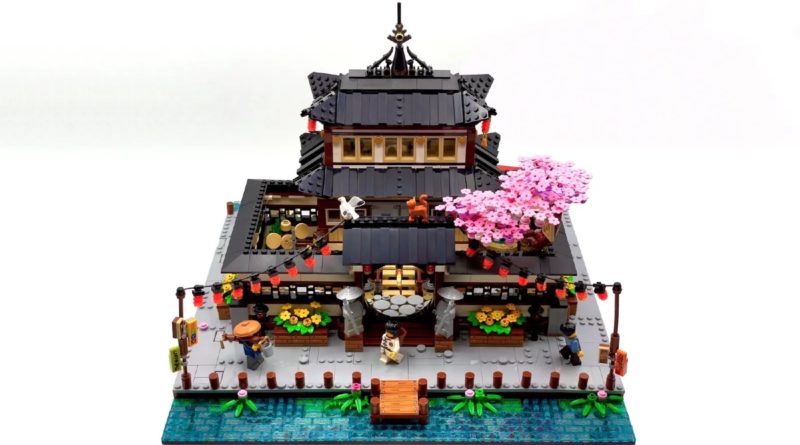 A new LEGO Ideas has project has reached the review stage, presenting a possible expansion to NINJAGO City with a traditional Dojo model.

The latest project to hit 10K supporters, and stand a chance of becoming a future LEGO Ideas set, is The Dojo from SpaceBrick54. Using around 2,700 to 2,800 pieces, they’ve managed to construct an unofficial, but convincing expansion to 71741 NINJAGO City Gardens that leaves the high-tech cityscape and explores a traditional dojo.

Placed next to the waterfront, the Dojo makes up the brunt of the build and includes a small interior with a full courtyard for minifigures to train in. A cherry blossom tree is depicted in the corner and explained to grown alongside the dojo over the years, now providing a place for weary warriors to find some shade under.

A variety of minifigures are suggested as inclusions as well as a rickshaw to continue the traditional, low-tech aspects for the model compared to the rest of NINJAGO City.

This is now the seventh project in the third 2021 review, and joins it just after the most recent round of LEGO Ideas results were announced. The total at this time may not be as large as that review phase, but you find the full list of projects that have made it in so far below: