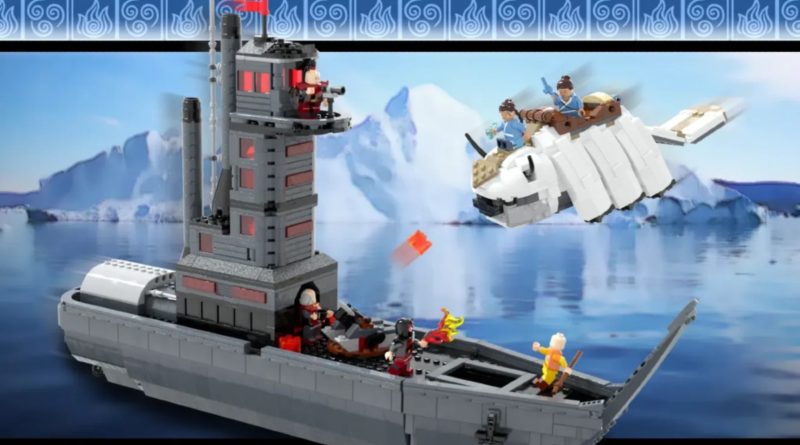 The third 2021 LEGO Ideas review is continuing to fill up as the return of LEGO Avatar sets could be on the horizon for the theme.

The LEGO Avatar: The Last Airbender range may have ended in 2006 after just two sets, but LEGO Ideas users are insisting on a return to the TV show with another project based on Aang’s adventures reaching the required amount of support.

Similar to 3829 Fire Nation Ship, Avatar: The Last Airbender – The Avatar Returns depicts the Fire Nation’s preferred mode of sea transportation with a detailed interior and a side build for Appa, the team’s Flying Bison. The submission comes from ky-e, who is the latest member of the 10K club and has produced several other projects based on the franchise.

Minifigures of Team Avatar are suggested as included, not including Toph due to the model’s place in the timeline being before they met her. Fighting against Aang, Katara and Sokka is Prince Zuko, Iroh and a Fire Nation soldier.

Although the Avatar: The Last Airbender show has long-since ended, as well it’s sequel series seeing the same fate. The franchise is making a comeback as of late with a live-action project in the works at Netflix. This may increase the viability of potential sets, should this project be chosen in the third 2021 review, which also contains the following submissions:

In other LEGO Ideas news, the theme will be involved in an upcoming LEGO NINJAGO Microgame event, with details coming soon on what it will contain, but a teaser image has revealed seven minifigures that will be involved.