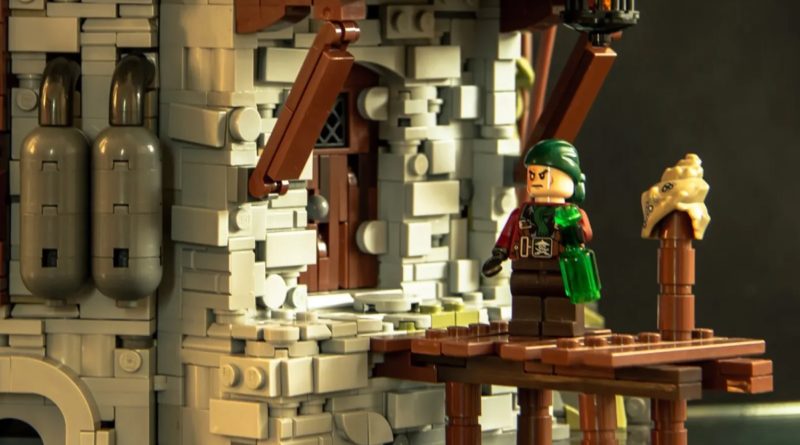 LEGO Pirates could one day enjoy another resurgence through LEGO Ideas, as a huge pirate tavern has reached the third 2021 review.

Peter Revan’s Pirate Tavern is apparently inspired by the famous island of Tortuga, which was a haven for pirates in the 17th century. And given it racked up 10,000 votes in just under two months, it’s proof that there’s still an appetite out there for more LEGO Pirates – despite (or perhaps in the wake of) 21322 Pirates of Barracuda Bay’s abrupt retirement this year.

“In this creation, I mixed two themes: pirates and steampunk, which are great for each other,” Peter explains on the project page. “This is a tavern where pirates come to rest and have fun after their wanderings. Over time, new premises were built on top of it for housing, maintenance of steam engines and storage.”

Situated over a 24×24-stud base, the building stretches tall, favouring verticality over a large footprint – much in the same way as 71741 NINJAGO City Gardens and 76178 Daily Bugle – and is packed with the same kind of intricate architectural detail as Clemens Fiedler’s original concept for 21325 Medieval Blacksmith.

Whether it can follow that successful Ideas project in becoming an official set remains to be seen, however. We’ll find out in the results of the third 2021 review, which now has 24 different projects among its ranks. Here’s the full list so far: