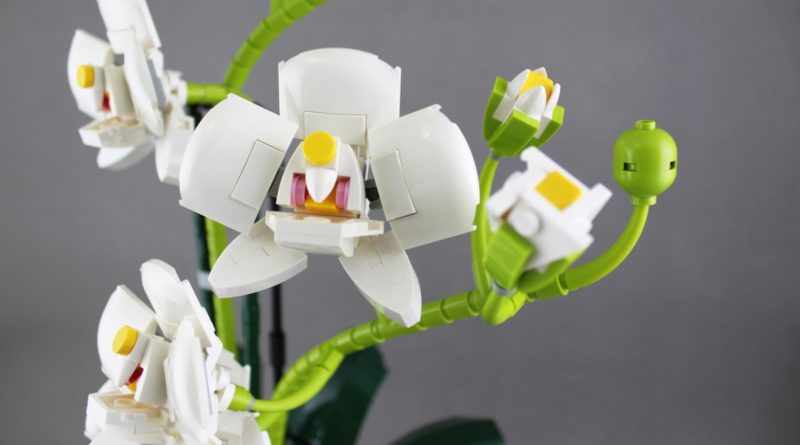 A brick-built orchid has cracked the 10,000-vote threshold on LEGO Ideas, and could one day expand the remit of the Botanical Collection.

JamesZHAN – who had an earlier version of this project on display in the LEGO House’s Masterpiece Gallery – submitted their finished design to LEGO Ideas back in February, and it’s just reached the necessary number of supporters to progress to the third 2021 review.

The buildable plant sits in a vase that resembles a supersized 2×2 brick, and falls neatly into the LEGO Group’s own Botanical Collection, which currently consists of 10280 Flower Bouquet, 10281 Bonsai Tree and 10289 Bird of Paradise. That could eventually prove to be its downfall, however, as the LEGO Ideas team may consider it too close to the company’s own portfolio.

In any case, the final fate of the flowers is now in the hands of the LEGO Ideas Review Board, which will ultimately decide whether or not to give it the green light as part of the third 2021 review. It’s the 23rd project in the running this round (so far!) – here’s the full list: