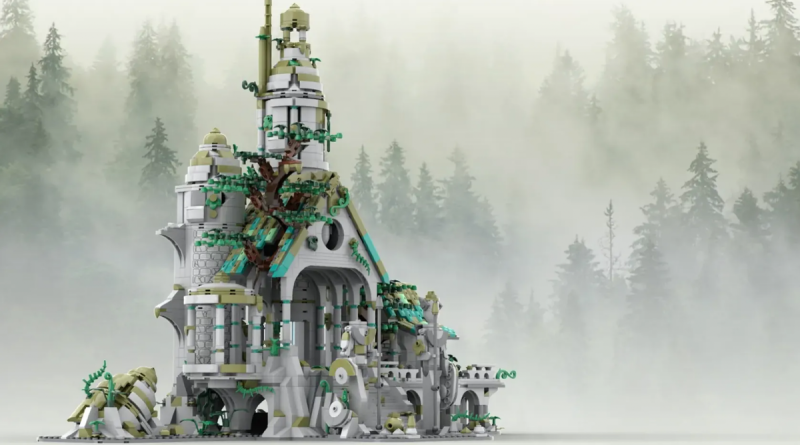 The latest LEGO Ideas project to reach 10,000 votes draws on the legendary myths of Atlantis and El Dorado, recreating the ruins of a lost city.

Designed by prolific LEGO Ideas member LEt.sGO, who has already reached the 10K club three times previously – with one project still in review – The Lost City is a towering display of ancient architecture, incorporating a stone bridge, treasure, throne room, water springs, a basement and even a tomb for a long-lost king.

Comprised of exactly 2,998 pieces – two under the platform’s limit of 3,000 – the build has taken just over 18 months to rack up enough votes to reach the review stage. It’s actually the first of four projects submitted by the builder in 2021, two of which have already been rejected in review.

Whether the same fate will befall The Lost City is up to the LEGO Ideas review board, which will now consider whether to take LEt.sGO’s build into production. It’s the fifth model in the third 2022 review, two more of which also focus on classic architecture. Here’s a full rundown of this round so far: