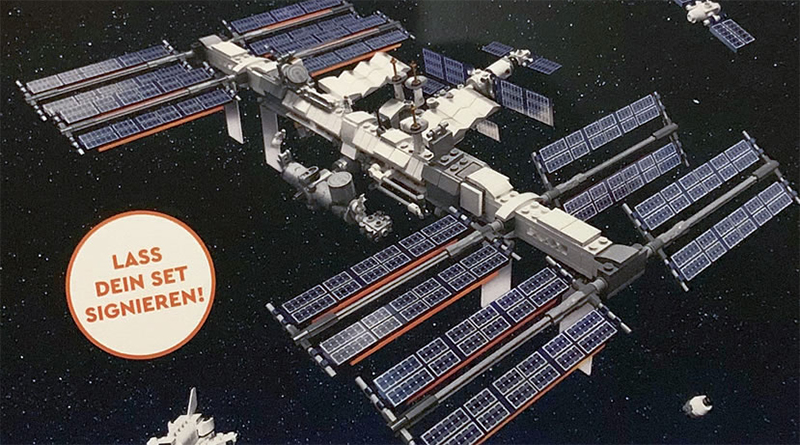 LEGO Ideas 21321 International Space Station was announced last June as a special set to mark 10 years since the first LEGO Ideas set was released. Fans could vote for four unproduced projects that met the 10,000 vote threshold over the past decade, selecting their favourite from the selection.

Brickset reveals that the set will be released on February 1 with set number 21321, while sharing this image of a flyer distributed by the LEGO Store Nuremburg. PromoBricks shared the flyer and Hoth Bricks improved the image, which reveals that fan designer Christoph Ruge will be signing sets a day early at the Nuremburg store.

Another 12 product ideas recently passed the review stage, with results set to be announced later this year. Three more sets have already been announced for release in the theme in 2020 – the Playable Piano, Sesame Street and the Pirate Bay.