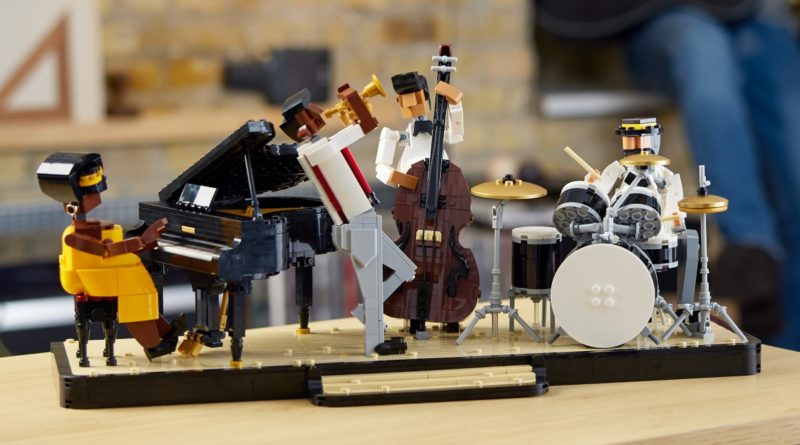 Following a brief show in VIP early access, LEGO Ideas 21334 Jazz Quartet is now available to everyone online and in-store.

Based on a design by Ideas user Hsinwei Chi, the 1,606-piece set – which was realised as an official product by LEGO designer Justin Ramsden – retains the essence of the original project, while making a few distinct changes along the way. There are still four Miniland-esque musicians playing on a brick-built stage, but there’s a degree of difference in the identity and design of those characters.

The pianist, for example, has swapped gender and skin tone, while the trumpet player’s legs have been structurally reinforced (which is to say, made thicker). The colours used for the stage have also been altered, primarily from brown to tan – presumably to offer greater contrast between the musicians and the base, but that’s only speculation on our part.