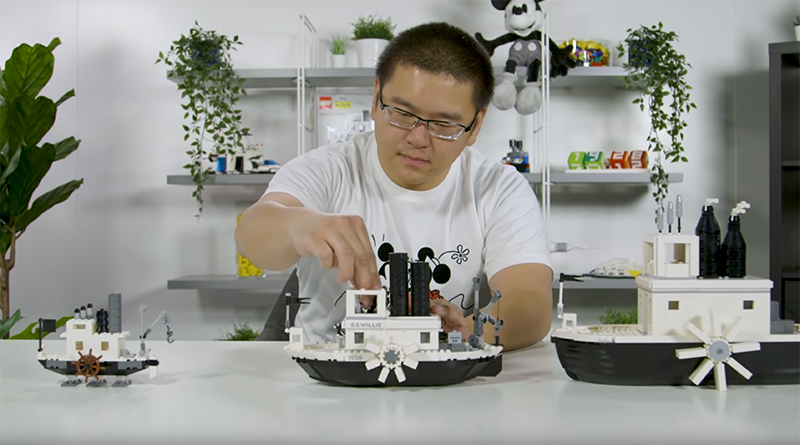 Ahead of the release of LEGO Ideas 21317 Steamboat Willie, a new designer video has been released that takes a closer look at the new set.

Another fun Easter egg is that the music on the tile included is accurate to the music from the classic piece of animation.

Disney Mickey Mouse fans will love this LEGO Ideas 21317 Steamboat Willie building toy marking the 90th anniversary of the most famous cartoon character ever. Mickey Mouse made his screen debut in a 1928 black-and-white animated short film called ‘Steamboat Willie’, which was also the first Disney film to have synchronized sound.

21317 Steamboat Willie is released tomorrow, exclusively at shop.lego.com. You can help support Brick Fanatics’ work by using our affiliate links.