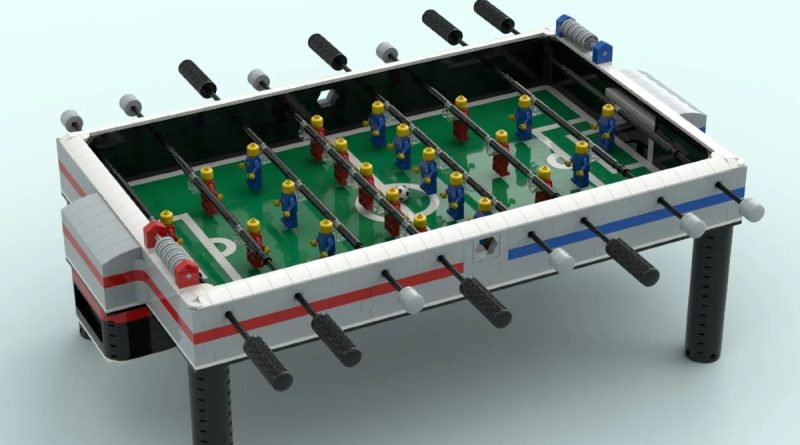 While we wait for the results of the next review, we’ve summarised every LEGO Ideas set in production following the release of 21335 Motorised Lighthouse.

21335 Motorised Lighthouse is now available, one month before 21336 The Office launches too. Now that it has been revealed and released, we can remove it from our regular list of LEGO Ideas models in production.

With rumours of one more LEGO Ideas set later this year, here’s every project currently being transformed by the design team into a future LEGO Ideas model.

As the winner of a coastal contest in 2021, Ray the Castaway is the smallest submission on this list and will be a future gift with purchase on the official online store. We don’t know when or how this will be offered yet though.

The A-Frame Cabin from Andrea Lattanzio could be one of the most detailed LEGO Ideas sets eer released as long as it sticks to the original submission, which has very few exposed studs and good examples of part usage, including Thor’s hammer as brickwork. It was part of the second 2021 review.

As a collaboration between JBBrickFanatic and BangtanBricks, BTS “Dynamite” is based on the popular South Korean band’s song of the same name, which reached 1.4 billion views in February 2022. Suffice to say there appears to be an audience for such a set, and we’ll have to see what the first LEGO BTS model looks like in the future

Though this project from Amber Veyt is based on the first film, Hocus Pocus 2 is releasing on September 30 to potentially bring the classic film back into the eyes of mainstream audiences. The model depicts the Sanderson’s sisters cottage and was the only project to make it through the third 2021 review.

After first failing to be selected for a set in the third 2020 review, BrickHammer’s Viking Village was given a second chance in the first Target collaboration event where one unapproved project would be made into a LEGO Ideas set available exclusively at the retailer and LEGO stores. It managed to win that fan vote by some distance and is now being developed into a future set.

21335 Motorised Lighthouse is available now and 21336 The Office launches on October 1.