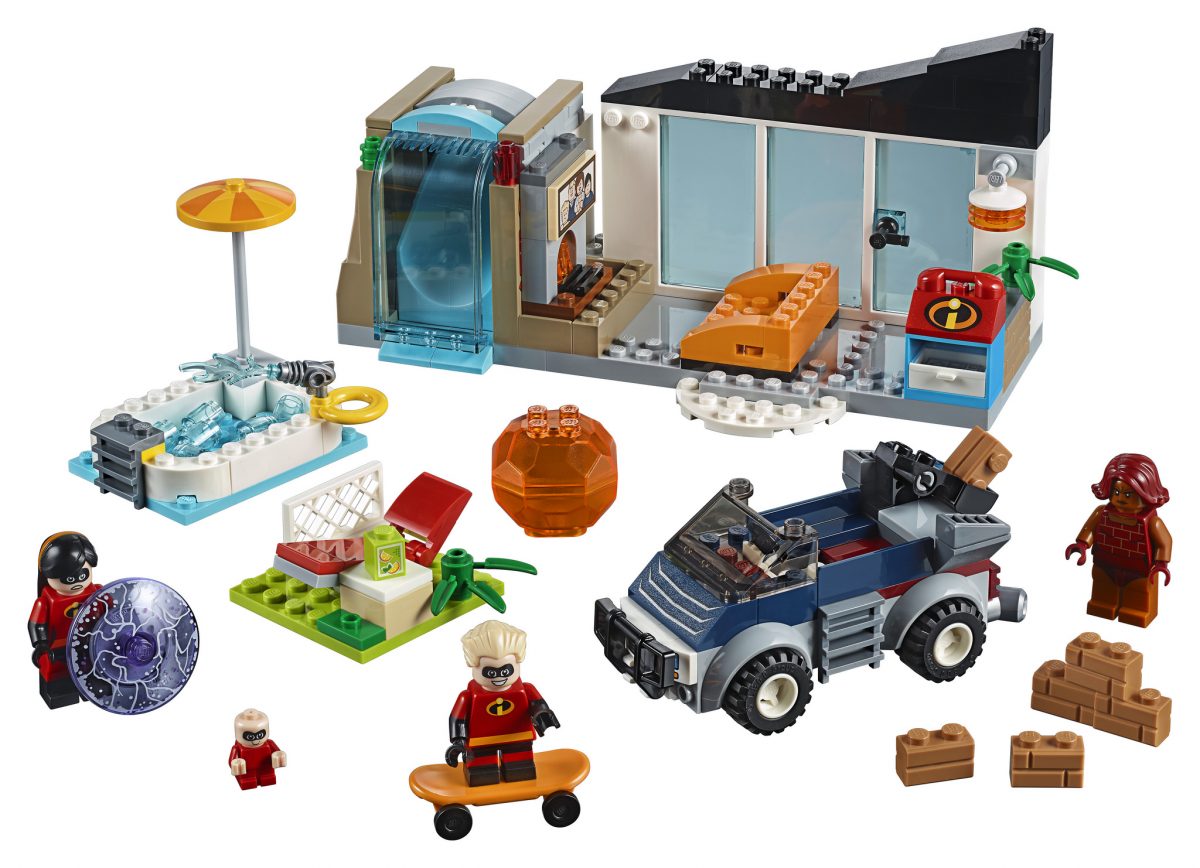 New sets will soon be joining the LEGO Juniors line based on the upcoming Disney Pixar movie Incredibles 2, with images of two of them now available – 10760 Underminer’s Bank Heist and 10761 The Great Home Escape.

While LEGO themes have been developed based on the Disney Pixar franchises Toy Story and Cars, the Incredibles has not had much love outside the Collectible Minifigures Disney series. That will change when three new sets launch ahead of the release of Incredibles 2, as part of the LEGO Juniors theme.

Wal*Mart has shared official images of two of the new sets, 10760 Underminer’s Bank Heist and 10761 The Great Home Escape.

A taste of the film is given in these new sets, that show the Incredibles thwarting a bank heist by Underminer – presumably a new villain, whose name is likely not just to refer to mining based crimes. It also seems that the heroes’ home will come under attack. The third set, as yet without images, is 10759 Elastigirl’s Rooftop Pursuit. To get the entire Incredibles family, fans will need to buy all three sets.

The LEGO Juniors Incredibles 2 sets are expected to launch on May 1. The Incredibles 2 arrives in cinemas on July 13 in the UK and June 15 in the USA.