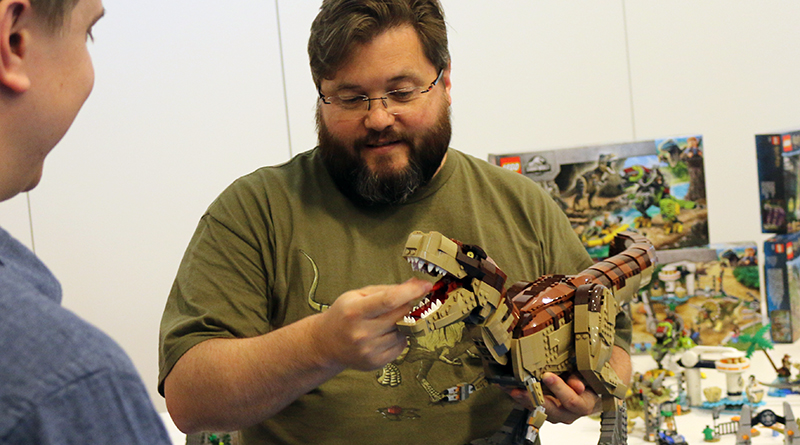 The very morning that LEGO Senior Model Design Mark Stafford is allowed to talk about the classic Jurassic Park set for the first time, he has only just finished building it himself. Up until now, he has been working on it in secret and only recently received a sample of the finished product in his office, which he is now presenting to Brick Fanatics.

75936 Jurassic Park: T. rex Rampage seeks to capture Jurassic Park in a big, impressive model that offers something different to a regular minifigure scale model. Given that the film is so beloved and stands as a modern classic, it is unsurprising that it has been deemed worthy of a 3,000 plus piece LEGO model.

“I was just finishing university, so me and all my mates in Leicester went to see it – there was a giant inflatable t-rex outside the cinema,” Mark says, recalling the first time he saw the movie. “The hype was high, nothing was going to live up to this hype, and then when you see a movie which does, that is a damn good cinema experience.”

One of the biggest challenges he faced when designing what would become 75936 Jurassic Park: T. rex Rampage was balancing the enormous dinosaur he was building. It needed to capture the dynamic poses that the T. rex is seen in throughout Jurassic Park – LEGO fans were going to want movie moments on their shelf. Getting that pose-ability was not straightforward. 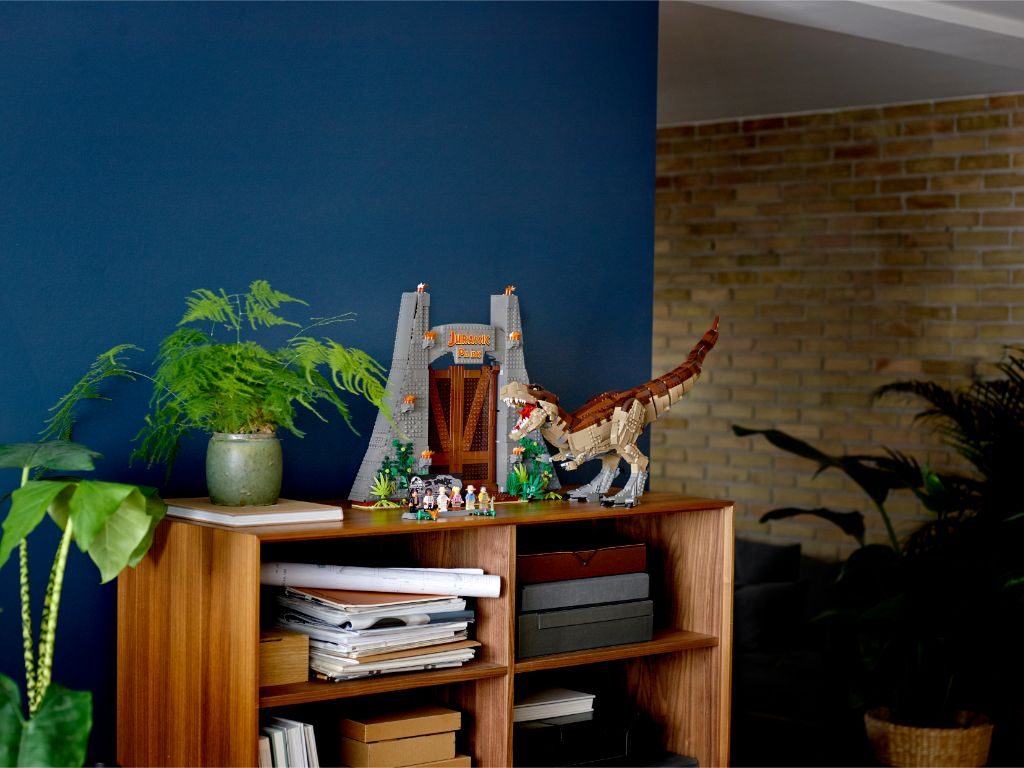 “The number of times this fell over or fell off my desk because I was trying to balance it on two feet… Mike’s original sketch model had the Voltron style hip with the ball joints and the ratchets in there. That was perfect from the beginning. But his ankle didn’t work, the original ankles I built didn’t work, it was the ankle that was the point where the model was breaking.

“Weirdly, one morning in the shower this one came to me – and it is insanely simple – it is just click joints and a slope, but the strength it has is enough to support this model. Once I had the strength in the two legs, everything else was just about making sure what was on the front of the legs and the back of the legs had roughly the right balance. So occasionally the tail was a couple of segments longer than this, and as I managed to refine the front and bring the weight down I could take a segment out of the tail and get even closer to the proportions of the movie – in the end it is just trial and error.”

While the T. rex is an impressive looking model on its own, what makes this a worthy display piece is the combination of the tyrant king and the unforgettable gates. “The T. rex took so much time I was beginning to panic I wouldn’t have enough time for the gates,” Mark recalls. “Especially as Marcos [Bessa, Design Manager] had told me don’t make it a boring grey box.

“His original idea was to have doors that would open showing things, but I couldn’t make that work structurally, because I wanted to be able to pick it up with one hand and move the thing around. So that wasn’t feasible but getting the vignettes in the back was. If it was just a grey box it would have been a simple build, but in actual fact getting these vignettes to work and still have the bracing that holds the model together was a great building challenge.” 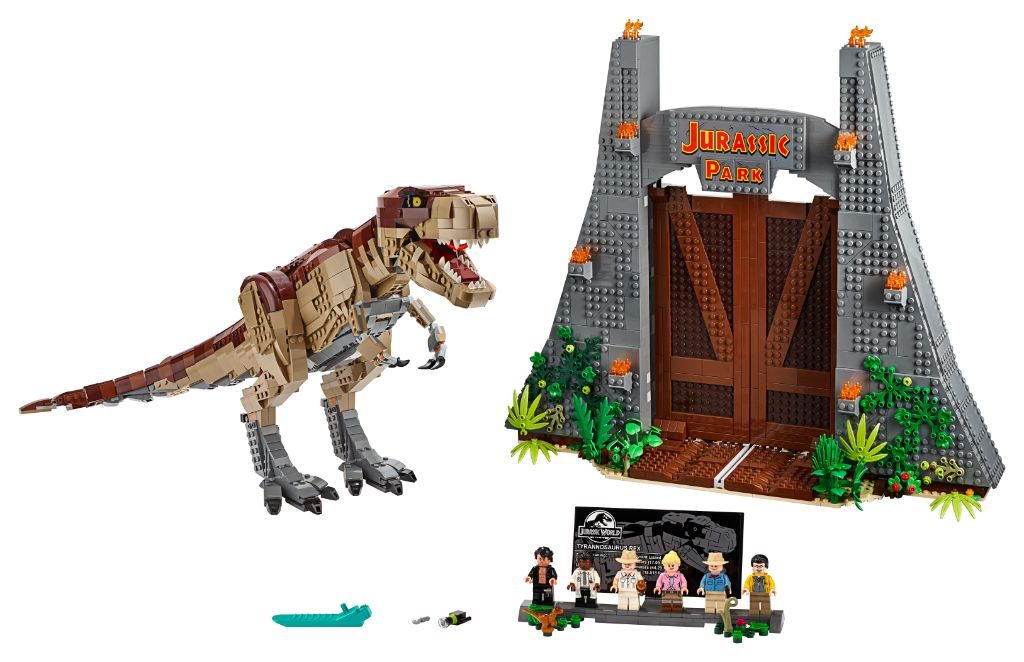 Despite the time crunch he had to contend with, the AFOL-turned-LEGO-designer was determined that his version of the gates would be accurate. “When you see most people’s – and even most toy company’s – representations of the gates, the slope at the side is one long slope. I went back to the movie and found is it is actually three different angles of slope, which is why we have got these hanging plates here all on loose fitting things. Even our experts at LEGO aren’t sure that this is legally fitting, because it was too difficult to model in a computer, but there they are.

“It is those details, sitting there and watching the movie again and again, pausing it… it made me respect the original Jurassic Park so much. There is something about that magic that started the franchise…” And now that particular magic is captured in a LEGO set at a scale and level of detail that is commensurate with the film itself. Welcome to LEGO Jurassic Park.