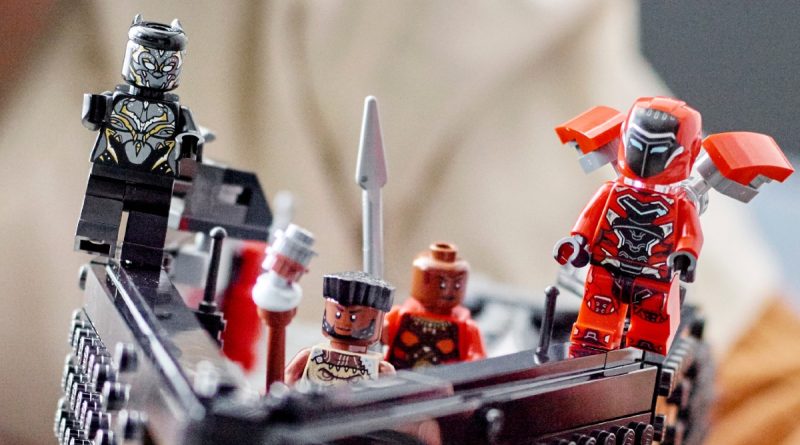 The LEGO Group has officially revealed 76214 Black Panther: War on the Water, a set previously shrouded in mystery – and it’s already available to buy in Australia.

Presumably also launching tomorrow (October 1) in the UK, US and Europe, 76214 Black Panther: War on the Water is the biggest minifigure-scale Black Panther: Wakanda Forever set so far, coming in at 545 pieces. So far we’d only seen limited images of the set, but now it’s out in the world in full view.

While the other three LEGO Marvel sets launching in connection with Black Panther: Wakanda Forever were already revealed, this rumoured fourth and final set had been kept mysteriously under wraps until now.

The main element of 76214 is the Super Hero ship, revealed in the description to be the ship seen in the upcoming Marvel Studios’ Black Panther: Wakanda Forever film. The ship has plenty of opportunities for play once built as well, including two shooters, a jail, compartments to store weapons and ammunition, tools, and two buildable drone toys, each with their own two shooters and fold-away rotors.